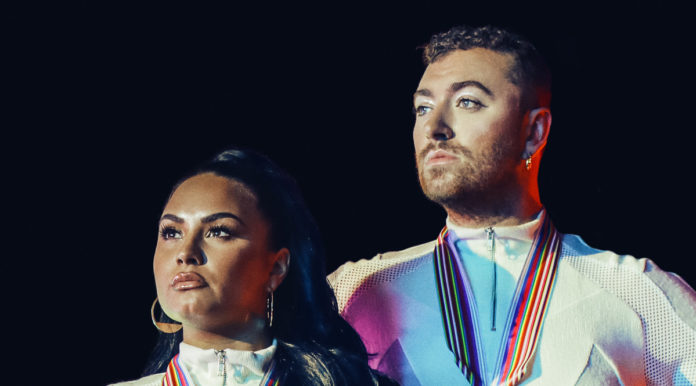 The chemistry of these two artists allowed ideas to flow within this collaboration. Retro is fashionable!

Lately many artists have been inspired by the aesthetics of the 70’s or 80’s, to present their musical works, now it is the turn of Sam Smith who has worked hand in hand in a collaboration with Demi Lovato.

The music stars announced through their social networks that they had been meeting for this new creative and musical project , the performers showed a great friendship and connection.

I'M READY @ddlovato YOURS APRIL 17th Incredibly happy to release this song with my gorgeous and talented friend. I love you Demi!! Can't wait for you all to hear it THIS FRIDAY xx

The song is named ‘I’m Ready’ from Channel Demi Lovato one was published ahead of 26 seconds of this track , which has fans both excited to see and hear together after waiting so long.

Sam and Demi have given small spoilers in their posts and Instagram stories, the concept and theme of this new song is appreciated a bit .

Sam Smith will release this tune as part of his new album that has no release date as it was postponed due to the worldwide situation of COVID-19. ‘To Die For’ was the first song that he presented as part of this material and in his official video he already accumulates more than 26 million views.

To celebrate the official premiere of the video for ‘I´m Ready’ Sam Smith and Demi Lovato will do a live on April 17 before and during the publication of the clip, to interact with fans and see the first reactions of the singers.

Demi Lovato recently confirmed with a magazine what is the current status of her friendship with Selena Gomez, which has raised many opinions.

Why Barry Allen should not regain his powers in the series