Home Celebrity Sam Smith And Other Artists Who Carried The Heels To The Next... 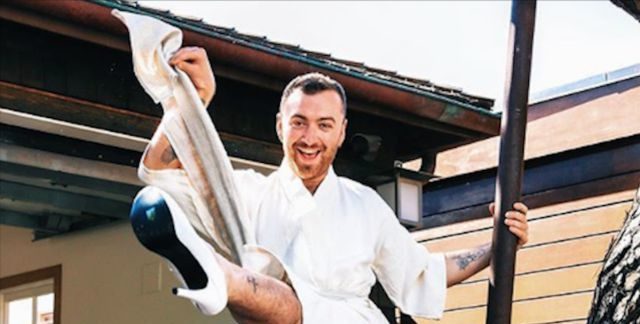 Sam Smith And Other Artists Who Carried The Heels To The Next Level. Although today it continues to surprise, historically heels have not been reserved solely for women. In the artistic field, it is not something new, although it continues to scandalize some people. Figures like Elton John or the Kiss rockers have not hesitated to climb several centimeters to perform their shows. They have not been the only ones because, today, there are artists who every time they wear some heels could shade any diva.

If there is someone within the music scene with absolute freedom in terms of style, that is Sam Smith. The singer dares with everything and the heels were not going to be less! He has surprised them several times, from red carpets, even in the celebration of his birthday, even in videos such as in which he paid tribute to Gloria Estefan. In fact, one could say that they have already become a symbol of their image and if they are red, better!

Tonight Mathew, I am gonna be… @gloriaestefan

Todrick Hall
Singer, dancer, choreographer, YouTube star, RuPaul’s Drag Race jury and an American Idol sensation. Todrick is the showman of the moment and every time he climbs in giant heels, the ground shakes! His handling with them has nothing to envy to that of any model and, so present they are in his artistic life, which he has dedicated part of one of his latest hits Nails, Hair, Hips, Heels for which he adds a video that Confirm all of the above.

Kazaky
This Ukrainian band led by several choreographers is characterized by not taking off their feet from 15 cm high heels. This, coupled with steps worthy of gymnasts, has made its live shows pure spectacle.

Yanis Marshall
The heels led him to be the sensation of the internet, so much so that many of his videos exceed 50 million views on YouTube. And although it is not the most appropriate footwear for running, he has been taken very far. Nothing more and nothing less than to work as a choreographer in the Dancing With The Stars program, as well as to exercise the same position in the Las Vegas residence of El Circo del Sol.

Maluma
Other artists have not come out so well, despite wearing male heels. This is what happened to Maluma in the promotional photo of La Luz, along with Wisin and Yandel in which the homophobic criticism rained due to their booties.

Strong criticism of some show decisions that fans support