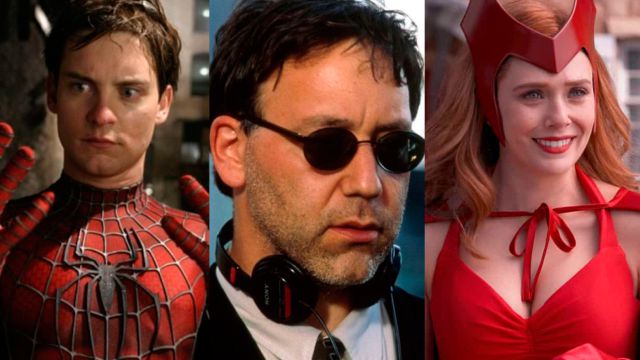 The film director participates in a question and answer session and talks to fans about his Spider-Man trilogy and Marvel’s present.

Sam Raimi, director responsible for the original Spider-Man trilogy in theaters and now in the middle of filming Doctor Strange in the Multiverse of Madness, has participated in an online question and answer session with fans on the occasion of the premiere of the horror film The Unholy, of which he is a producer. And how could it be otherwise, the participants have not missed the opportunity to ask about his work on the Spider-Man trilogy (and its canceled fourth part), as well as his current work at Marvel and his rumored relationship with the series WandaVision as part of the multiverse trilogy with Doctor Strange 2 and Spider-Man: No Way Home.

Thus, Sam Raimi has explained what motivated him to shoot a Spider-Man trilogy during the boom of superhero cinema in the early 2000s. “I directed the first Spider-Man movie because I was a big fan of the brilliant character of Stan Lee. . Peter Parker and Spider-Man were an important part of my adolescence. I thought it was very moving how much he sacrificed for others, ”says the filmmaker.

“And at the same time she had to take care of her Aunt May and do her homework. His self-sacrifice resonated with me. He was really a good person. We can identify with the characters in an understandable story. The stories of heroes, like Peter Parker, remind us of what we are capable of. Maybe you are one of those people who likes to be reminded of the good they can do, ”says Raimi.

On the canceled Spider-Man 4, Sam Raimi assures that it was planned that the famous actor John Malkovich would play the Vulture as the main villain. “John and I had some very interesting meetings. He was wonderful. Thoughtful, super smart and funny. He had great ideas for the role of the Vulture. I am very sorry that we have never been able to work together beyond that ”, laments the director. And is that the project failed to come to fruition and was finally canceled after criticism from the third part.

Regarding his current work in current Marvel as part of Marvel Studios, he assures that he personally has not contributed anything to the Scarlet Witch and Vision series, as suggested by some rumors that ensured a close relationship between those responsible for the so-called multiverse trilogy. , that is to say, WandaVision, Doctor Strange in the Multiverse of Madness (film that is currently shooting) and Spider-Man: No Way Home.

Of course, he acknowledges that the WandaVision team has helped him in some aspects in Doctor Strange 2, not without ceasing to praise the work of Elizabeth Olsen as Wanda: “I have not made any contribution to WandaVision, but your team helped me once or twice in Doctor Strange 2. Yes, Elizabeth was impressive in it, ”Raimi concludes.