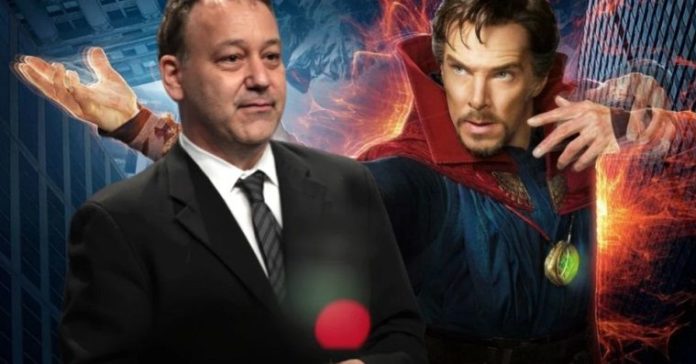 Sam Raimi, the name behind the original Spider-Man trilogy, confirmed that he will be the director of Doctor Strange in the Multiverse of Madness, where we will be starring Benedict Cumberbatch. The highly anticipated sequel will be released on November 5, 2021.

Scott Derrickson, who directed the first Doctor Strange movie that met with the audience in 2016, finally ended the debate on who will lead the sequel after the surprise departure. Sam Raimi, the director of the original trilogy, which has been highly acclaimed and even considered the best Spider-Man series, has confirmed that he will be the director of Doctor Strange 2 in an interview for the promotion of the new Quibi series 50 State of Fright.

Raimi’s signature in many successful classic horror movies such as Evil Dead is best known for Sony’s original Spider-Man trilogy with Tobey Maguire. Whether it’s coincidence or insight, Spider-Man 2, which was released in 2004, also included a Doctor Strange submission.

Even if there is a small possibility, we can also see Spider-Man with Tobey Maguire in Doctor Strange 2.
There will be those who necessarily remember; The name Doctor Strange comes from the brainstorming of Daily Bugle’s boss J.Jonah Jameson and editor Ted Hoffman (Sam’s brother Ted Raimi), played by JK Simmons, to search for a name for Spider-Man’s new enemy.

The scene of Doctor Strange’s name in Spider-Man 2

Speaking about this coincidence years later, Raimi said, “While I was putting that scene in the film, I had no idea to make a Doctor Strange movie in the future. It was entirely coincidentally named. I wish Doctor Strange had the foresight to know I was going to shoot the movie. ” Saying that he loved Doctor Strange as a child, the successful director said, “For me, he always came after Spider-Man and Batman. It was very original.”

Directing the first film, Derrickson withdrew from the project in January due to his differences with Marvel Studios. In an interview in February, Derrickson, who supports allegations that Raimi may be the director of the second movie, said, “I worked with Sam Raimi. One of the most beautiful people I know in the movie industry and a true living legend as a director. It would be a great choice for Doctor Strange. ”

Benedict Cumberbatch will be accompanied by Elizabeth Olsen, who brought the Scarlet Witch character to life
The shooting of the Doctor Strange in the Multiverse of Madness, which was originally planned to be released in May 2021, is planned to begin next month, but due to the COVID-19 pandemic, this date has been shifted to November 5, 2021. In Doctor Strange 2, which is expected to be a horror-themed movie, it is curiously expected whether the Spider-Man with Tobey Maguire will also appear from a multi-universe perspective.

This is what makes every BTS member happy