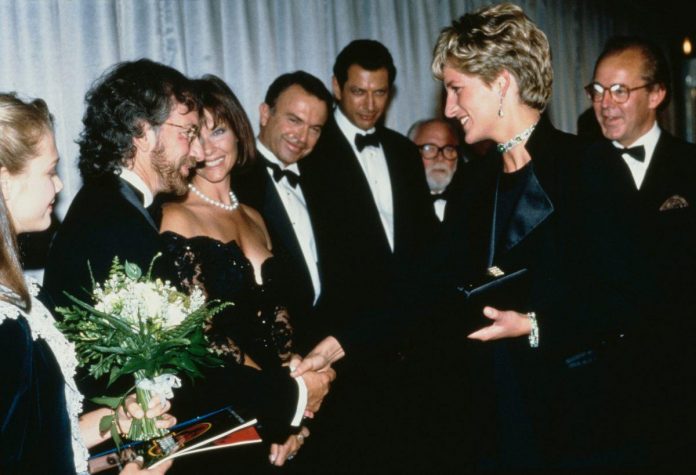 Actor Sam Neil sat next to Princess Diana at the premiere of the original “Jurassic Park” in London. It turns out that he actually had a completely different experience from one premiere to another. However, Neil did not exactly expect what Diana’s reaction to the film would be.

GQ interviewed Neil to talk about his career experiences from the original Jurassic Park to the upcoming Jurassic World Dominion. He noted that he had not seen Steven Spielberg’s classic for about 30 years, because he had seen it so many times when it first came out.

“I must have watched it half a dozen times when we traveled the world hosting its premiere, and I really enjoyed sitting in the cinema and watching how people reacted to it,” Neal said. “Wherever we were, it was different. In America, people really make noise. They just scream and shout at everything.”

However, Neil had a very different meeting during the premiere of “Jurassic Park” in Japan.

“There was deathly silence in Japan all the way: they didn’t laugh at a single joke, they didn’t shout about any fear,” Neal recalled. “They were a completely motionless audience. And we looked at each other when the lights came on and said, “Well, it won’t work here.” I don’t think they like it at all.” They left the theater, and everyone fell silent. Then, when we went outside, we were surrounded by a crowd. They really liked it.”

However, Neil experienced something completely different when they presented Jurassic Park to Princess Diana in London.

Neil told GQ that he sat next to Diana at the premiere of Jurassic Park. He explained that she was “jumping out of her skin” and he really enjoyed watching the movie with her. The actor had already watched the movie several times, so he really wanted to look after Diana while she was going through Jurassic Park.

“By that time I had seen him three or four times,” Neal said. “So it was actually half an eye on the screen and half an eye on her, looking at how she reacted, and sometimes she held her hands in front of her eyes. I mean, she really loved it.”

Unfortunately, Neil didn’t have a chance to talk to Diana after the premiere of Jurassic Park in London. Nevertheless, she was interested in a detailed conversation with his son.

“Not much, but my son, who was about 10 years old at the time, was much more interested in communicating with him,” Neil said. “They had a long conversation. And we agreed on everything.”

The actor never thought that he would return to the “Dominion of Jurassic World”.

GQ asked if Neil ever thought he would have the opportunity to return to this cinematic universe after Jurassic Park III. He never thought that he would play the main role in Jurassic World Dominion after a small cameo role. However, Neil eventually returned as one of the main characters of the film.

“No, it was completely out of my mind,” Neal replied. “And you know, after they started the Jurassic World franchise, it was a different world —with a different cast, a different director. It just didn’t occur to me. So I was very surprised when the offer came in, and I wasn’t completely sure if it was a good idea. I was interested in a little cameo or something like that.”

However, Jurassic World Dominion director Colin Trevorrow eventually managed to interest him in the project.

Neil continued: “But I was at the Sitges Film Festival, they were giving a lifetime achievement award — and Colin [Trevorrow], the director, he goes every year. Anyway, he was there at the same time as me, and we went to lunch, we had a lot of paella, and he told me about his intention and that the script is still in the formative stage, but it’s enough to be something that I really I had to study.”

It’s unlikely that anything will ever compare to watching Jurassic Park with Diana.

Dying Light 2: Stay Human shows off its stealth mechanics in...

The fastest three-wheeled car is available for pre-order