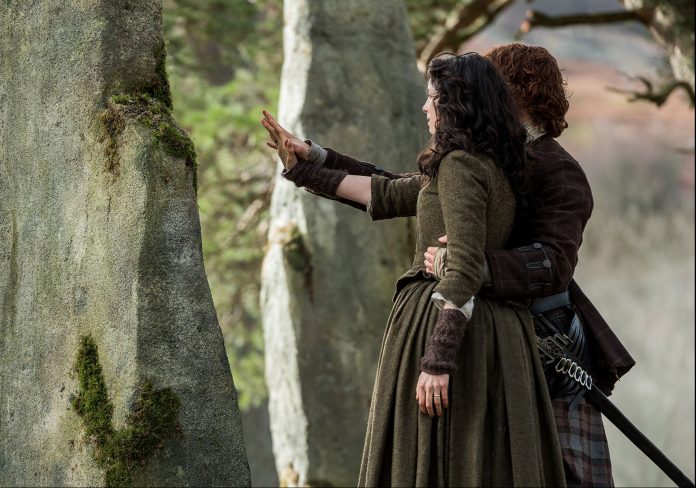 Starz is due to deliver sometime in 2021 the sixth season of the dramatic romantic historical fantasy series Outlander, which keeps fans in a state of utter anxiety.

Production on Outlander season 6 could begin production in the next few days. The security and prevention preparations for any risk of contagion of the coronavirus are almost ready.

As fans await the arrival of new episodes of the drama that tells the romantic story of Jamie (Sam Heughan) and Claire (Caitriona Balfe), they have always wondered why the mountaineer has never traveled in time like him. does his wife.

As fans know, in Outlander in addition to Claire, her daughter Brianna Fraser (Sophie Skelton) and Roger MacKenzie (Richard Rankin) as well as her son Jemmy can also time travel.

Yet in the Starz drama, Jamie Fraser has never felt compelled to time travel. But, with the arrival of season 6, it seems that everything will be different according to what Outlander actor Sam Heughan may have hinted.

And it is that during an interview with the interpreter of Jamie in Outlander with Parade magazine, about whether book 7 of Diana Gabaldon’s literary work would be taken to adapt season 6 of the drama, the actor explained the following:

“Actually, if I could tell you, I can’t because I haven’t seen all the scripts, I would say because we have a lot of history and time travel, and we can get all of that out of any book.”

“So maybe it could not only be book seven, but other books that we pull from.”

According to Heughan, the scripts he has read tell many stories and time travel, which would suggest that Jamie Fraser could follow Claire into the future through the stones in season 6 of Outlander.

The chronology of the relationship of Olympian Hope Solo and Jeremy...

Ravi and Soyeon (G)I-DLE Want to Live Like Animated Magic in...