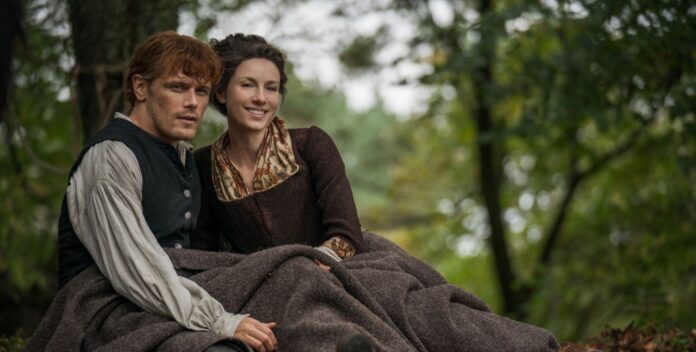 Starz, must deliver to fans of the historical drama the long-awaited season of Outlander, which has been waiting for several months.

As all fans know, the production of Outlander season 6 has not started filming due to the blockage generated by the coronavirus pandemic that is affecting the world.

In late November, Sam Heughan said in an interview that they were preparing to enter the film set and that both the costumes and scripts for the sixth installment of Outlander were ready.

Now Outlander’s own Jamie Fraser actor Sam Heughan has brought the best news in so long and the end-of-the-year gift for fans of the historical drama.

In this regard, Heughan was filmed on the set of Outlander season 6 as shown in the video that was posted on Instagram this week.

After postponing filming several times due to the lockdown and the pandemic, the Jamie Fraser actor revealed to fans that he was present on the set of Outlander season 6 filming, specifically in the locker room.

With this statement, fans can be hopeful that filming will begin in the coming days and therefore regular viewers could have the sixth installment on their screens in 2021.

In the video, Claire Fraser’s interpreter Caitriona Balfe is shown in the costume department, which he finds “huge.” This was what he said:

“Guess where I am? This is Outlander’s wardrobe department, among hundreds and thousands of costumes.”

While the cast of Outlander are in the dressing room for auditions, Sam Heughan also showed in the video all the costumes, many coats, kilts, dresses, corsets and hats of the characters for season 6 of the historical drama. This is what the Jamie Fraser actor said:

See Also
More details about Brianna and her family's future

Joy talks about the importance of positivity in a photo shoot