Home Entertainment Sam Fender to Support Bruce Springsteen in Italy: “What The Hell Is... 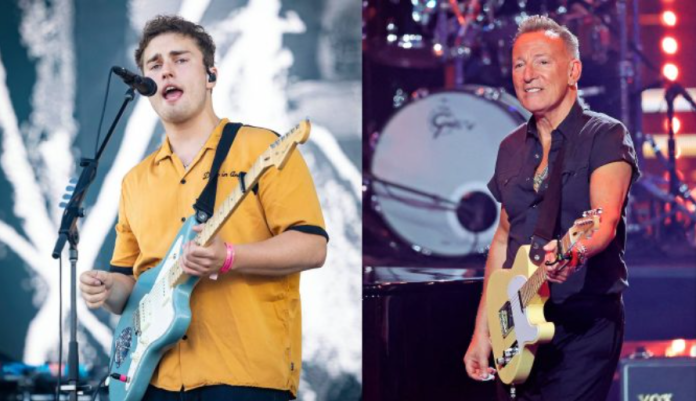 Sam Fender is going to support his hero Bruce Springsteen at two concerts in Italy next summer.

Next summer, The Boss will embark on a tour of Europe with The E Street Band, and in May he will be supported by Fender — he himself is nicknamed “Geordie Springsteen” — at two concerts in Ferrara and Rome.

“I’m thinking about the moment when [Springsteen’s] music first resonated with me when I was a teenager!” the singer wrote on Twitter.

“Next year I’m opening for him in Italy. What the hell is going on?”

Fender will play alongside Springsteen at Parco Urbano G. Bassani at Ferrari on May 18 and again at Rome’s Circo Massimo on May 21.

See the details of the show below. The legendary singer recently defended tour ticket prices after reports that some tickets cost $5,000 (£4,152) each thanks to Ticketmaster’s “dynamic pricing” model.

I’m thinking about the moment @springsteen music first resonated with me when I was a teenager!
Next year I’m opening up for him in Italy 🤯 what the fuck is going on 🥰 pic.twitter.com/fYyQ2AVUeb

Speaking to NME for the 2021 cover, Fender discussed the “Geordie Springsteen” tag he was tagged with, saying, “I can’t dismiss these comparisons, can I?

“At the same time, I don’t feel worthy of this label,” he added. “The first time I heard that, I thought: “It’s fucking disgusting,” but you don’t want to spend the rest of your life riding on the coattails of the Boss. I can write my own songs, they are different, and my voice is not at all like Springsteen’s voice. I don’t have his growl; I’m a little fairy when I sing.”

Next summer, Fender will also headline Newcastle United’s St. James’ Park, the venue where Springsteen played in 1985 and which Fender’s godfather attended.

“I think this is a reality — that everything is going well here does not mean that I should completely lose touch with the human experience.”

Vikings: What we suspected about Clive Standen’s exit from the historical...