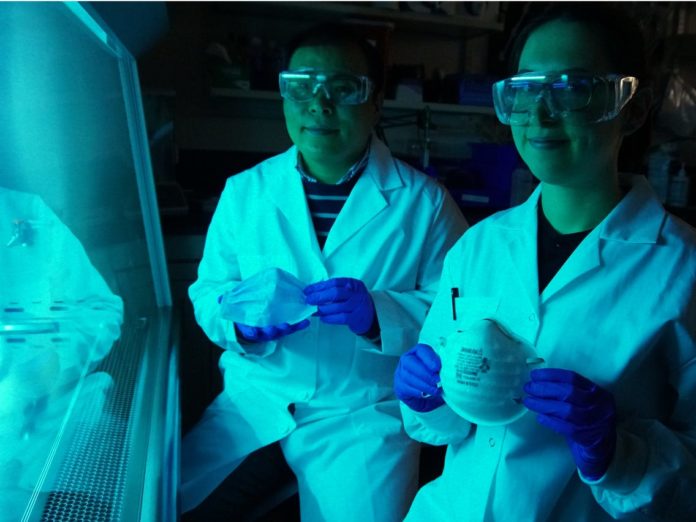 Efforts are continuing at full speed to prevent the spread of the Corona virus, which has been frightening the world since the day it emerged in Wuhan, China. Within the scope of these studies, a biomedical engineer explained that he developed a salt mask that neutralizes viruses such as Corona virus in 5 minutes.

Facial masks, which play a very critical role in combating an epidemic, have emerged as one of the most common methods of protection used to prevent the spread of Corona virus. Facial masks, which are the first measure applied to prevent the spread of airborne viruses, are inadequate in protecting people outside of China against Corona virus, according to some experts.

Actions such as continuously touching the masks to adjust the positions of the face masks, removing and re-wearing the masks in some moments; According to experts, it can invite microbes to enter the human body. When it comes to an outbreak, this can open up serious problems. Here is a new alternative to the masks that should be used in such cases.

A mask that kills instead of blocking harmful pathogens has been developed:
At first glance, the salt mask, which did not look much different from a normal face mask, was a biomedical engineer at Alberta University in Canada. Developed by Hyo-Jick Choi. These masks, which were proved to prevent the spread of 3 different influenza viruses before, thanks to the salt coating inside, were also the subject of an article published in Scientific Reports magazine in 2017.

Indicating that the particles released by mouth during coughing, sneezing, speaking and breathing actions are effective in spreading viruses such as Corona virus, Choi said that if these particles adhere to frequently used masks, viruses can be transmitted to the person wearing the mask. According to Choi, who stated that the biggest problem of the currently used masks is that they cannot kill these viruses, when a droplet carrying a virus sticks to the developed mask, this droplet absorbs the salt first. Then, within 5 minutes, the liquid evaporates and the salt neutralizes the virus.

Indicating that they started the work with sugar first, Choi said that they saw that the sugar structure was not suitable for this mechanism and then they tried the salt. The research team, which has patented the developed mask, states that they expect this mask to be commercially available within 2 years.

Bitcoin Fraud Under the Name of SpaceX

Samsung Gave Good News To Those Who Want A Flagship At...