Home Tech Sales of Valve Index VR Triple With The Announcement of The New... 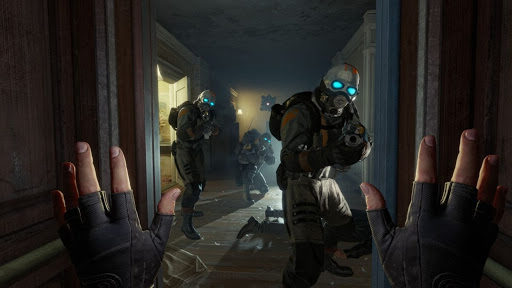 Washington-based video game developer Valve is especially known for its Half-Life and Counter-Strike game series. Launched in 1998, Half-Life was a production that attracted great attention and achieved great success worldwide. The first game of Counter-Strike, which came out as a mode of this game and then became a game in itself, was released in 2000. Afterwards, sequel games of both game series followed with great interest came out.

Especially Half-Life fans showed great interest in the sequel of the series. The sequel to Half-Life was released in 2004 for PC, Xbox 360, Playstation 3 and Mac. The third game of the game, which later received three different expansion packs, Lost Coast, Episode One and Episode Two, was very much desired by fans of the series. Eventually, Valve announced the new virtual reality game Half-Life: Alyx, which delights some fans and delights others.

Half-Life: According to reports, Alyx could also be played with virtual reality glasses such as HTC Vive and Oculus Rift, but this did not cause sales of Valve Index VR to drop. Contrary to expectations, sales have tripled. Valve Index has been sold 149,000 units since its launch in June 2019. 103 thousand of these sales were in the fourth quarter when Half-Life: Alyx was announced. At the same time, Valve Index managed to become the best selling virtual reality glasses for the computer in the fourth year of 2019. Half-Life: Expected to be launched in March 2020, sales are expected to increase gradually until Alyx….

Amazon Has ‘Worst Day’ in The Financial Market Since 2020