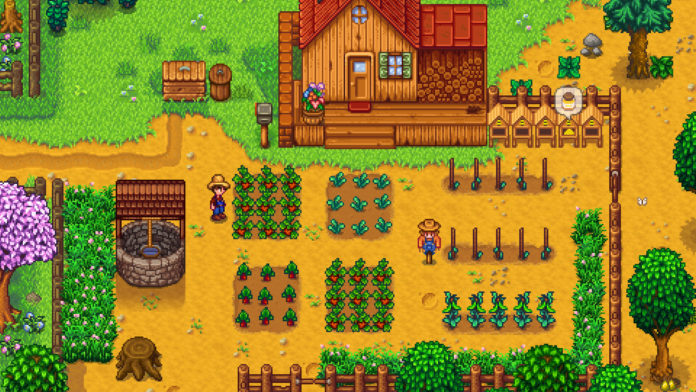 Stardew Valley, the life simulation game released in 2016, has been announced to have sold over 10 million in total. The game can be played on platforms like PC, Xbox One, iOS, Nintendo Switch, PS4 and PS Vita.

It has been announced that Stardew Valley, inspired by Harvest Moon, has been sold over 10 million since 2016. The game, developed by game designer Eric Barone, which uses the name “ConcernedApe”, can be played on many platforms such as PC, Xbox One, iOS, Nintendo Switch, PS4 and PS Vita, while it is generally praised over the years.

Barone started developing Stardew Valley in 2012. While developing the game, Barone acquired the skills necessary to produce the music, art, programming and design of the game. Stardew Valley, which has been translated into many languages ​​including Russian, Japanese and Spanish since then, has also received many free updates.

Barone started getting outside help
Although almost all of the development of Stardew Valley was a one-man activity, Barone eventually received the support of several people for some of the latest updates of the game. With a recent multiplayer update to PS4, four players in the Stardew Valley are able to cultivate the land online with each other. This update was made with the help of Tom Coxon from Chucklefish and is one of the few parts of the game that are updated externally. Chucklefish is also the publisher of the game.

In the Stardew Valley game, you take on the role of a character assigned to deal with the field left over from your deceased grandfather. However, the only thing you can do is not farming. You can go to the city and socialize with other non-actor characters (NPCs), make things and even develop romantic relationships and have children. In addition to farming and simulation features, there are also sections where simple fights are required, such as in Minecraft and Terraria.

See Also
Stardew Valley will have physical editions on PC

The clock occupies an important place in the game, because everyone in the village acts accordingly. Every NPC has certain visiting routes and jobs that change every season and every day, and the shops open and close at a certain time. Besides farming, activities such as fishing, mining and exploration are also carried out.

How to locate on WhatsApp an exact conversation by a photo

Here are the Top 15 Most Valued Cryptocurrencies