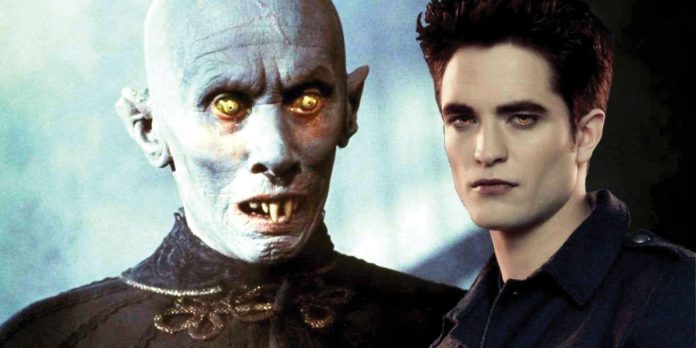 Lewis Pullman, the star of the upcoming film adaptation of The Fate of Salem, really wants the film to reintroduce non-“brilliant” vampires to the audience. Based on the 1975 bestseller by horror maestro Stephen King, the story is about a writer named Ben Mears who returns to his small hometown of Jerusalem’s Lot only to discover that its inhabitants are becoming vampires. It was the second of King’s published works, and the author himself often ranked it among his favorite creations.

Since its first publication, The Fate of Salem has inspired a two-part television miniseries in 1979, starring David Soul as Ben Mears, and also inspired the 1987 sequel Return to the Fate of Salem, which was only partially based on King’s original work. In 2004, the property will be adapted again for another two-part miniseries starring Rob Lowe, Donald Sutherland and Rutger Hauer. In 2019, a new film adaptation of the feature film was announced, in which Annabel and information technology screenwriter Gary Doberman were to write the script and direct the film. Pullman was announced for the lead role last August.

Recently, Pullman, whose latest film Press Play has just been released, contacted Screen Rant and spoke exclusively about his work on the film adaptation of Stephen King and what the audience can expect. Referring to the Twilight franchise, he says that vampires have “gotten a little shiny and not so scary lately,” and that the Doberman movie will try to fix that. Check out his full comments below:

It’s very interesting to bring back vampires. They became a little shiny and not so scary. When they arose, they were terrible. I think Gary really wants to bring it back, and I think [Salem’s Lot] is going to do it. I was genuinely scared on set a few times, so that’s a good sign. I think he did a great job.

Despite their long-standing representations in popular culture, recently vampires have been portrayed as cute characters, not as really terrible monsters. While the Twilight saga has certainly played a big role in softening their image among moviegoers, several other films, such as The Vampire Diaries and True Blood, have introduced more human aspects to their characters over the years. Perhaps it would not be entirely fair to even consider this trend a purely modern phenomenon, since Anne Rice’s Interview with a Vampire, which played an important role in redefining the vampire genre and has its own television adaptation, was published just a year after The Fate of the King of Salem.

In any case, it’s certainly nice to see a more monster-centric approach to vampire lore returning to screens, and there’s probably no better source material to base it on than King’s classic novel. The skin that sparkles in the sun will disappear, and in its place a truly frightening breed of monsters will appear, intending to feast on human blood. “Salem’s Lot” is currently scheduled to be released in theaters on September 9. Meanwhile, fans can see Pullman in the “Press Play” currently in theaters and on demand.

There will be an Arkham Asylum in Gotham Knights, but is...