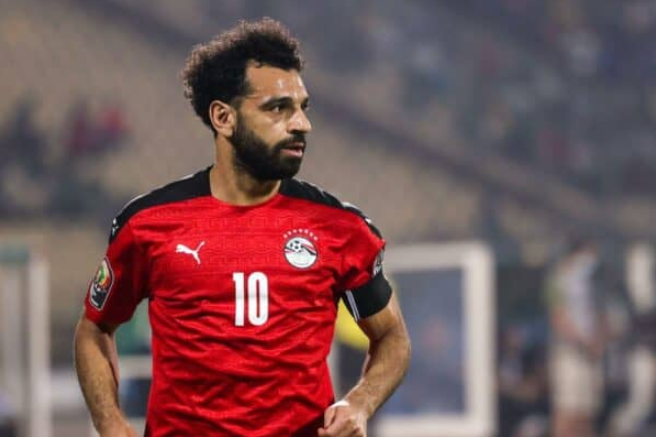 Mohamed Salah scored the winning goal when Egypt beat Belgium in a friendly before the World Cup in Kuwait on Friday, and also reunited with Eden Hazard.

As Egypt failed to qualify for this year’s tournament, it was Salah’s last match before a two-week break before Liverpool’s mid-season trip to Dubai next month.

The Reds mascot played 88 minutes and assisted Mahmoud Trezeguet’s winning goal, which was an impressive victory for his country over a team that currently ranks second in the world.

Belgium will kick off their World Cup campaign against Canada next Wednesday, and Roberto Martinez used this game as an opportunity to field the likes of Thibaut Courtois, Kevin De Bruyne and Hazard. In the photo, Salah spends time with his former Chelsea teammates Azar and Courtois.

A mistake by de Bruyne led to Mostafa Mohamed opening the match in the 33rd minute before Liverpool’s number 11 scored Egypt’s second in a row since the start of the second half.

Salah picked up the ball in the half of the Egyptian field, and then played a well-weighted pass behind the top line of the Belgians. Former Villa winger Trezeguet ran up to him and then shot past Courtois at the near post.

Mohamed Salah assists Trezeguet to put Egypt 2-0 up against the World’s Number 2 ranked side🤩
pic.twitter.com/oSFXn0NlbZ

It was an impressive victory for the Egyptian team, which had a difficult year: Senegal beat them on penalties in the final of the African Cup of Nations and again put them in a place at the World Cup.

Salah smiled when he caught up with Hazard and Courtois before and after the game, and, of course, he will see them again in the new year when Liverpool play Real Madrid in the Champions League playoffs.

The match was played the day after Salah took a break from his international duties to attend the Globe Soccer Awards in Dubai, where he became the fans’ Player of the Year according to the results of the audience vote.

Since Salah is not involved in Qatar, he will now be able to rest for two weeks before Liverpool’s flight to Dubai on Sunday, December 4.