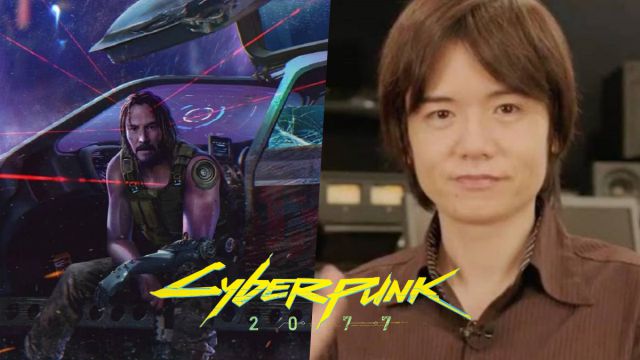 The director of Nintendo’s fighting video game considers the new CD Projekt RED to be one of his dream titles.

Masahiro Sakurai, CEO of Super Smash Bros. Ultimate, has written his regular column in the Japanese magazine Famitsu. The Japanese creative has focused on one of the most important releases of recent years, that of Cyberpunk 2077. CD Projekt RED’s work went on sale in December, after several delays and with multiple performance problems, especially in the base consoles. However, the director has already completed it and defined it as one of his dream games.

The column, reproduced by DualShockers, includes his New Year’s greetings, but also Sakurai’s opinion on the complex launch of Cyberpunk 2077. The Japanese recognizes the performance errors, the differences between the console and PC versions, as well as the CD Projekt RED’s decision to return the money to anyone who was not happy with the product. At that point, Sakurai applauds the sincerity of the Polish studio, which has had to apologize repeatedly. “This situation is unprecedented, but I personally consider that the honesty of CD Projekt RED’s response is also unprecedented.”

His experience with Cyberpunk 2077

As noted, the developer tested the game on PS4 Pro and was able to play it without problems, especially after the December 20 patch (1.05), which implemented a more or less stable framerate at 30 fps. However, he is aware of the vicissitudes that those who have a normal PS4 are suffering. He was also able to play it on PC at launch, so he experienced some of the initial issues such as crashes or the inability to use cloud save on Steam. “When your game pushes the boundaries like Cyberpunk 2077 does, either during development or at launch, it falls short of expected performance because optimization never ends.”

See Also
Cyberpunk 2077: a bug allows you to run faster than cars!

Cyberpunk 2077 is available on PS4, PS5, Xbox Series X, Xbox Series S, PC, and Google Stadia. You will still continue to receive new content, including the two expansions. For its part, Super Smash Bros. Ultimate will receive the new characters from its latest season pass. Can you imagine Keanu Reeves’ character fighting Mario and Link? Who knows!

From the creator of Silent Hill to mix game, terror and...