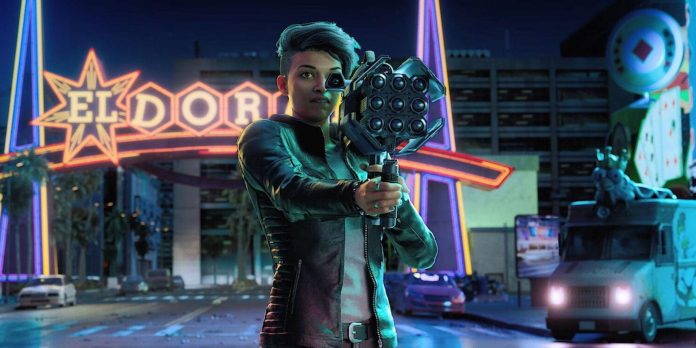 Saints Row 2022 offers players many different customization options. Saints Row 2022 allows players to choose how they want to capture Santo Ileso, whether it’s a character, a weapon/car design, or even a game style.

One of the most important ways to customize players is their skill tree, which allows them to use up to four different skills to use them in battle to help. All skills in Saints Row are spent depending on the costs that are generated during the player’s battles with enemies. Some of these skills are fantastic tools that any player should have in their arsenal. Others are a little more mediocre, and it’s better to skip them. That being said, here are the best skills players can get in Saints Row 2022.

Pineapple Express is the first skill that players will unlock in Saints Row. This is definitely one of the best skills, especially at the beginning of the game. In Pineapple Express, the player grabbed the enemy, put a combat grenade in his pocket and threw it forward.

This skill is not only fun to watch someone being thrown with a grenade in their pants, but it is also great for simultaneously destroying several enemies. The grenade itself does a lot of damage, which means that it will most likely kill the enemy that the player threw. But experienced players can use the enemy as a bowling bowl and throw it at others. The blast radius and damage are large enough to also destroy enemies near the thrown one, which makes this skill especially deadly.

Tough Mother is quite useful for its cost. For the cost of only one stream, players receive a temporary health boost. It also prevents the player from being stunned, which can be absolutely cruel to his health bar.

Although a temporary improvement in health does not seem like much, it can really help players out of a difficult situation. The skill can be activated at any time while players have a flow, so it is useful when players have little health and need to retreat and gain more health.

Flaming Punch is a very useful skill in niche situations. This allows players to deliver a huge fire strike that knocks enemies back. Since this skill only hits one enemy, it’s not particularly useful for large groups of enemies, but is great against heavier enemies that don’t usually suffer from stun.

This skill can help players by knocking a tank down so they can shoot it freely. Along with that, it’s a cheap skill, since it only requires one thread, which frees up space for players to use other skills.

Overscope is a skill for much more measured players. This allows them to pull out a sniper to destroy enemies from afar. Although a sniper rifle doesn’t seem to do much, head shots from this weapon will cause explosions in this place.

This can be useful for players who prefer to inspect the area before firing weapons, and explosions can cause serious collateral damage even before enemies see them. At the same time, players will need to have some flow in advance, since two streams are required to activate the skill.

D4th Blossom is probably the best combat skill that players can master in Saints Row 2022. It forces the player to spin by firing submachine guns at every enemy nearby.

This skill is unlocked at level 19 and is rightfully powerful. D4th Blossom is one of the best crowd control skills in Saints Row, and it allows players to destroy enemies at the touch of a button. At the cost of three streams, this is quite an expensive skill, but its value definitely justifies the high price. Along with this, the skill looks incredibly cool when the player does a backflip and spins, destroying everything that stands in his way.

WhatsApp Works In A Search Engine To Contact Companies