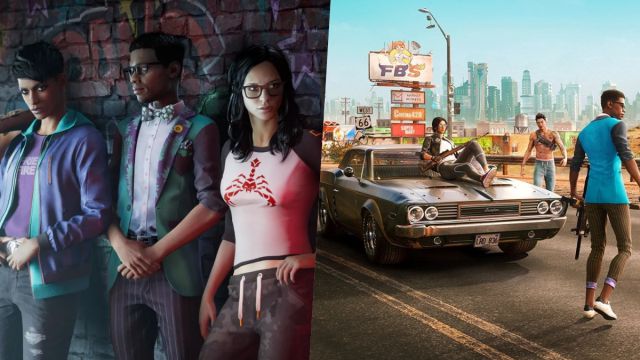 Saints Row: The reboot of the Volition saga retains the humor, crime, and all the ingredients that made it popular. It was at the Gamescom 2021 Opening Night Live gala that THQ Nordic (Deep Silver) announced the next game in the Volition series. Saints Row (to dry) is a kind of reboot of the classic open-world action series, a new proposal that was first shown through a cinematic trailer, but that is already beginning to outline its characteristics in gameplay videos. From the YouTube channel of GameInformer we can enjoy almost nine minutes of footage, which we share just below these lines and which focus on the initial missions of the game.

The first details about this new installment of the saga were revealed through a press release, in which the developers argued that the combination of action, crime and humor remains unchanged, but that the formula adjusts so that new players and old fans they feel at home. Volition returns as the main development team, now as part of Deep Silver.

“This full reboot is the most fun and exhilarating we’ve included in a Saints Row experience to date,” said Jim Boone, Creative Director at Volition. “The iconic new location provides many exciting opportunities to delight players, whether they are long-time fans of the series or jumping into it for the first time.”

According to Paul Nicholls, Global Head of Brand and Marketing at Deep Silver, this is the reboot everyone has been waiting for. He maintains that they are “delighted” with the new vision that Volition has embodied in the title, so they want Saints Row “to reach the hands of the players in 2022.”

Saints Row takes place in Santo Ileso, a fictional city located in the American Southwest. Unfortunately, crime rates are very high, so different factions are fighting to gain control of the city. One of them is a group of young friends whose goal is to rise through the criminal hierarchy “and become self-made.”

The Data Leak Could Lead to The Leakage of Classified Information...