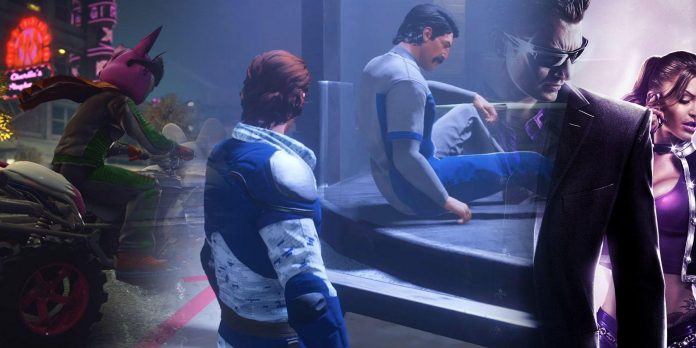 The launch of the Saints Row reboot did not become the overwhelming success that fans of the franchise had hoped for. Tormented by mistakes and mediocre reviews from critics, she did not represent the triumphant return to form that the Volition developers probably planned for. Although these problems undoubtedly ruined the game somewhat, not everything is so bad. Behind the mistakes, forgettable characters and largely formulaic humor are hidden flashes of brilliance that perfectly convey what made Saints so popular in the first place. Some missions do go back to the glory days of Saints Row, even if many disappoint.

One of the best examples of this can be found in the prison mission called “Border”, in which the player breaks out of prison by the powerful and elusive Nahalli, and the whole prison rages around as they escape. It’s chaotic, filled with adrenaline, and that’s exactly what fans have been expecting from the series for years. Unfortunately, this is also what is mostly missing from the Saints Row reboot.

Over the years, both movies and video games have had some amazing action scenes taking place in prisons, from the excellent opening scene of the movie “Mission Impossible: Ghost Protocol” to the insane escape of Nate and Sam Drake in Uncharted 4. The Frontier mission is an attempt by Saints Row to add to this list, and basically she is successful, which is one of the highlights of the game.

The mission begins with the Saints deciding that they need to break Naualli out of prison so that he can help them with the robbery they are planning. After using the wingsuit to climb onto the roof of the prison, the player, dressed in the same uniform as the guards, must enter through the vent and use some very simple stealth mechanics so that they are not detected. Although Saints Row is hardly known for its stealth mechanics, and, of course, the plan will soon go off the rails.

After discovering and freeing Nahualli from his cell, the player and his new friend must begin to escape from the Border, which is now in the midst of a full-scale prison riot. Prison guards and prisoners are fighting around, and the duo first heads to the roof to escape by helicopter. However, the plan quickly changes due to the police presence on the roof, so instead they have to sneak into the basement parking lot to steal a police car and escape.

The player can try to ignore the chaos surrounding him and just head to the basement, but at certain moments he will encounter locked doors. The only way to open these locked doors is to use the best Saints Row weapons and kill everyone in the room. When they eventually get to the car, the player and Nahalli drive out of the police parking lot only to find that the gate is locked, forcing them to look for an alternative exit. Finally, after escaping from prison and ending up in a canyon, the player turns left, inadvertently (but amusingly) returning back to the prison grounds. Eventually, they drive over the roofs of the prison, escaping by driving down a ramp and crashing into the deserted floor below.

The mission perfectly combines stealth, action and humor and will probably remind gamers of some classic Saints Row missions from years past. This is certainly not the only mission where everything is done right, with the huge train robbery being another notable climax, but the Border is one of the standout moments and arguably one of the best things about the Saints Row reboot.