Home Entertainment Saints Row Points To The Reboot of The Saga; Reveal at Gamescom... 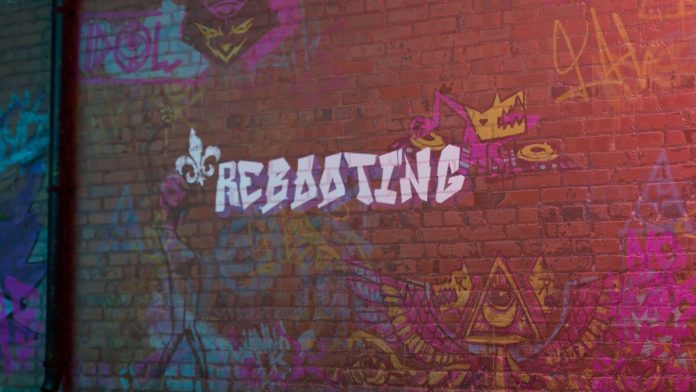 Saints Row: Geoff Keighley will show the new installment of Saints Row on August 25 as part of the Gamescom Opening Night Live presentation.Saints Row is back. Geoff Keighley has previewed the first image of the new installment, which will be revealed as part of Gamescom Opening Night Live. The event will be held on August 25 at 20:00 CEST. The announcement will join other confirmed materials, such as the first gameplay of the Call of Duty: Vanguard campaign.

In the image there is a graffiti where you can read the word “rebooting” (restarting in Spanish), which indicates that the saga will return with a fresh image and far from the latest installments. The official account of the brand on twitter has also joined the game on social networks.

The last time we saw the saga on the market was just a year ago, when the remastering of Saints Row: The Third landed on PS4, Xbox One and PC. In our analysis we said that the work had been “on the verge of being a very great remastering as a whole”.

“It recovers everything that made the game triumph in sales and in critics with a new dreamy graphic section and lighting that surpasses even current generation titles, but that is dwarfed by problems of the past such as erratic AI or that base consoles run the game at 30 FPS ”, we concluded. In this house he got a score of 7.6 out of 10.

On the other hand, Saints Row IV was the last numbered installment to see the light. We must go back to 2013 to see a title that put superpowers of all kinds in the hands of players. The parody of the United States in the face of a threat from another universe was the chosen context; It would be followed by a spin-off, titled Gat out of Hell. In a few days we will see what they have prepared for us from Volition.

GTA Vice City 2, The Spectacular Fan Remake for PC With...