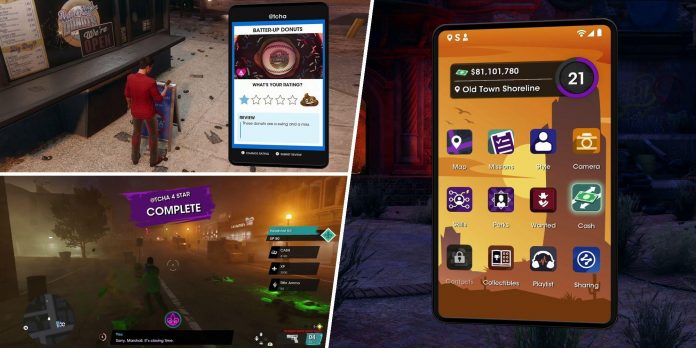 By the time they complete all of the game’s criminal adventures, Saints Row players will be passively earning hundreds of thousands of dollars by traveling around Santo Ileso. However, before that, they will need to earn a lot of money, especially in the early stages of the game, when the Saints are just starting to get on their feet.

Players will need money not only to create new businesses, but also to customize vehicles and weapons. Fortunately, there are quite a few different ways to make money quickly in Saints Row (2022), although one of them is much more efficient than the others, allowing players to earn about $1 million every hour.

Those who are wondering how to earn an unlimited amount of money in Saints Row are lucky, because the method for this is not only easy to understand, but also incredibly simple to perform. Moreover, players will be able to use it at the earliest stage of the game, and the required Side Hustle will be unlocked immediately after players complete the third main story mission of the game, Making Rent.

After completing the mission and unlocking additional tasks, Saints Row players must head to the blue @tcha symbol on the map, which shows a pair of lips on the right and a tablet or smartphone with a star on the left. The first one is located to the northwest of the apartment, although, like all the other side actions in the game, after the first one is completed, new ones will appear around Santo Ileso.

As soon as the players arrive at the specified location, Kev’s friend Sylvia will explain how @tcha works. In short, players will be able to leave negative reviews about certain places by interacting with @tcha signs in front of the entrance. This will anger the gangs or organizations that own the establishments, and the number of enemies that will appear to take revenge depends on how bad the players decide to leave.

For the first @tcha, players must leave a one-star review, which will lead to the appearance of a large number of gang members. Killing them all (with weapons or vehicles) will earn you $10,000, as well as some experience and a few special items. Players will then be able to repeat Side Hustle by returning to the sign. The rewards for this will be slightly lower in replays, but not by much, as players will still receive about 2000 XP, 8000 dollars in cash, as well as everything they can get from corpses.

However, it gets better, as when repeating @tcha missions, players will be able to leave four-star reviews and still receive the same excellent rewards. This is incredibly useful, as a four-star review will cause only a small disturbance, and only four to six enemies will appear to take revenge. When using the best weapons or a suitable vehicle, these enemies can be destroyed in about 30 seconds, which allows players to earn about 1,000,000 dollars per hour, as well as almost 250,000 XP.

The director of Prey told what was wrong in previous films...