Home Entertainment Saints Row: how to defeat all members of the idol collective 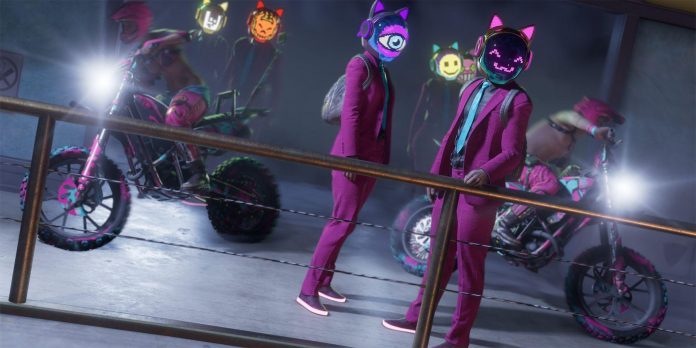 In Saints Row 2022, all sorts of wild and wacky gangs are scattered throughout the city of Santo Ileso. There are Los Panteros who are obsessed with their power and their machines. Next comes Marshall Defense Industries, the police force for which the player originally worked in the prologue. Finally, there are Idols, a technology-obsessed cult that wants to destroy the “big guy.”

Idols are no joke either, they have serious firepower and specialists who are more than capable of standing up to the player and can definitely be the cause of some frustrations. The big bad bosses of Idols are the collective members, a group of mysterious ringleaders with digital faceplates, obsessed with the idea of destroying the corrupt society they see before them.

Location of the members of the idols collective

As part of the Saints Row quest chain, aimed at conquering all of Santo Ileso, players will try to destroy all other gangs and put themselves at the top of the food chain. This means the destruction of all other gangs and their leaders, and for Idols these are Collective Members.

Members of the Idol Collective 1-4

Member of the idol collective 5

This member of the idol collective can only be found as a threat in the western part of the Old City. In order for this collective member to appear, players must build at least one enterprise in the Old City in the west, no matter which one the player builds, as long as it exists. Once the enterprise is built, it will create a member of the idol collective as a threat in the region. Then players can come up and kill them to get the 5th takedown.

Member of the idol collective 6

The last member of the idol collective can be found in the side mission “Wanted Scavengers”. Players can start this mission through the Wanted app on their phones. Players will need to complete this side mission and kill a team member at the end to secure the 6th and final takedown.

Destroying each member of the collective will give the player the “Collective” challenge, which rewards 1125 experience points and a new perk. This is a task that is relatively easy for players who want to get new privileges, since most of the members of the idol collective can be found in the main story. Others are fairly easy to access once players get far enough into the game, making it a good challenge for players who want to get all the benefits possible.