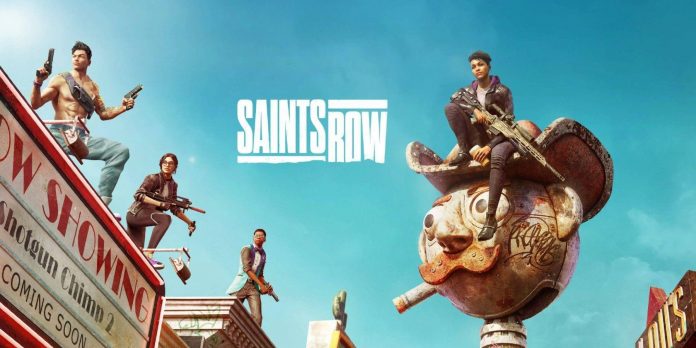 Volition and Deep Silver’s new look at the Saints will appear very soon, and the Saints Row reboot is scheduled for August 23. It’s hard to say goodbye to the old Saints, such as the former Boss, Johnny Gat and so on, but Saints Row 4 really left the developer no choice.

Saints Row is now set in Santo Ileso and players will be part of a group of friends (Eli, Nina and Kevin) before they form the Saints. Events unfold, Saints are born, rival gangs are challenged, and the city of Santo Ileso is changing forever. Ahead of the launch, fans also now know how big the Saints Row file size can be.

According to PlayStation Game Size, a trusted Twitter account that tracks files on the PSN server, the PS4 version of Saints Row is 60.3 GB and the PS5 version is 53.5 GB. Of course, this doesn’t include information about how big it will be for PC or Xbox users, but fans will likely find it about the same. After all, while it’s not impossible, it’s rare for one platform to be FAR superior to its competitors.

This is quite a lot for the game, but not as much as in other games. Some fans may want to delete one or two games, as the pre-download will be available on August 21. Fans of the franchise who may not have followed it closely can also watch the latest Saints Row trailer HERE, as this Review gives fans the opportunity to get to know the story, new characters, new gangs, some new mechanics and a few hints about the gameplay. This is not exactly a hype trailer, but again, it helps to create quite a stir for the upcoming release.

After all, although it’s still a little early for the “autumn” game, it opens the autumn-holiday season. This is usually one of the busiest times of the year, with October and November usually standing above the rest, but in recent years August, September and December have also attracted some attention. It remains to be seen how many games have actually met their dates/windows this year, as anything can happen, as confirmed by the recent delay of the Hogwarts Legacy.