Home Entertainment Saints Row: Everything You Need to Know about the New Saints Gang 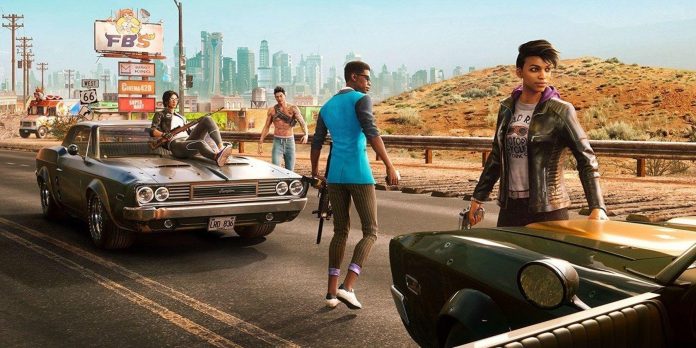 Over the past decade and a half, the Saints Row franchise has done an impressive job, not only becoming a household name in games, but also becoming a crime game that manages to stand out among giant competitors such as Grand Theft Auto. At the same time, the Saints Row series has just come out of a rather long, almost ten-year hiatus after Saints Row 3 and 4 seemed too similar to each other, and the pressure is on the upcoming Saints Row reboot to bring the Franchise back to life.

The release of Saints Row is scheduled for August 23, it uses a similar but slightly more grounded approach to the usual Saints Row formula and modernizes this formula, adding many new mechanics and improving the quality of life. Since this game is a kind of reboot, the Saints from Third Street are long gone, and the focus is on a brand new gang, simply called the Saints.

At the head of this newly formed gang of Saints is a player character known simply as the Boss. Although their appearance is fully customizable, their backstory is set at the beginning of the game. Originally an employee of Marshall Defense Industries, a private military company that prides itself on having the most advanced weapons and vehicles, the Boss realizes that he has the opportunity to forge his own path and become the leader of his rival gang. But they can’t do it all by themselves.

After a little talent search, the Boss discovers three like-minded people hired by various rival gangs in Santo Ileso in Saints Row. The first of them is Nina, an incredibly talented driver and former member of the Los Panteros car-obsessed gang. Originally studying art at university, Nina got into a life of crime after becoming a mechanic to survive. She is now a founding member of The Saints and uses her skills to achieve expansion goals.

Originally a member of the gang The Idols, wearing neon clothes and loving EDM, Kevin is a wildcard of The Saints. Growing up in the revolving doors of foster homes, Kevin had to adapt quickly to changing conditions, and he realized that the best way to make new friends is music and cooking, which he is still passionate about in adulthood. Working as a DJ in The Idols, Kevin rarely saw action up close, but having joined The Saints, he is ready to do anything to stay on top. He can be a bit short-tempered and he definitely has some issues, but Kevin is the heart of the Saints and unabashedly loyal to those he cares about.

The latest and perhaps most unique member of the new Saints team is Eli, a businessman who keeps as far away from the fighting as possible, but is not afraid to get his hands dirty when it comes to behind—the-scenes criminals. organization. Acting as the Boss’s right-hand man when it comes to the expansion and actual logistics of running a promising criminal empire, Eli is far from a timid university graduate. Eli is the brain of the group and uses his expertise to pinpoint exactly where and when the Saints should strike, making him a force to be reckoned with.