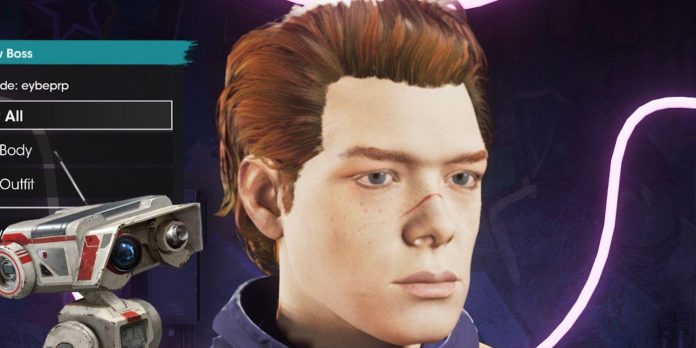 Players can really do anything in Saints Row Boss Factory, and one Star Wars fan recently used a character creator to create Cal Kestis from Star Wars Jedi: Fallen Order. Earlier this month, developer Deep Silver released a character creation kit for the upcoming Saints Row reboot as a standalone free game during the recent Summer Game Fest live stream. The creator gives fans the opportunity to try out new opportunities to create their own boss before the release of the full version of the game in August.

The Saints Row franchise has always had ample opportunities to create characters, allowing fans to recreate their favorite celebrities, movie characters or comic book icons. Shortly after the character creation kit was launched, players began publishing point—by-point versions of Saints Row of famous characters such as Morbius and the Joker-all of them can be shared and uploaded so that other players can see and use them. With so many opportunities to create popular characters, it’s no surprise that Star Wars fans have taken advantage of the creator’s potential.

Reddit user GoIdBlue recently shared an image of the Star Wars Jedi: Fallen Order protagonist Cal Kestis in Saints Row Boss Factory on r/FallenOrder, which they created under the pseudonym “Deathclaw”. The resemblance to Cameron Monaghan is clearly visible in the screenshot of Saints Row Boss Factory, complemented by Cal’s trademark blue and yellow poncho and the cute companion droid BD-1 from Jedi: Fallen Order, sitting on his shoulder. The GoIdBlue screenshot also includes an exchange code for this Cal Kestis character model, which allows other players to upload their creation for use in Saints Row.

The real Cal Kestis first appeared in the 2019 movie Star Wars: Jedi: Fallen Order, in which he set out to find the hidden secrets of the Jedi Order at the height of the Galactic Empire’s rule, exploring various worlds and battling several Sith. The Inquisitors are aligned. He is going to return to Star Wars Jedi: Survivor, which is scheduled to be released on PlayStation 5 and Xbox Series X/S consoles sometime next year. Cameron Monaghan himself suggested that Jedi: Survivor could steer the rogue Jedi into a darker channel. Some fans have speculated that the upcoming sequel could reveal that Cal is actually a clone, due to the mysterious bacta tank that was featured in the ominous teaser trailer for Star Wars: Jedi Survivor at this year’s Star Wars event in May.

Clone or not, fans of Star Wars Jedi: Fallen Order can now play as Cal Kestis sooner than expected, thanks to the creation of Goldblue’s Saints Row Boss Factory, although the destructive and criminal actions that players usually commit in the Saints Row series may not comply with the Jedi Code. which Cal is trying to live by. However, this Cal Kestis model is another example of the freedom that Saints Row Boss Factory offers players, increasing interest in the upcoming game.

The Best Movies To Watch This Halloween On Netflix