Home Entertainment Saints Row (2022): 7 best weapons and where to find them 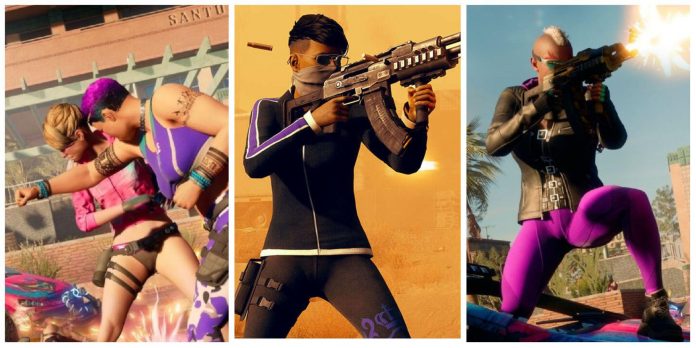 Abundance of money, crime and fast cars are necessary in order to become the Boss of the Saints. After the Saints Row reboot, which tells about the origin of the iconic purple gang, it would be wise for players to carry an impressive and dangerous arsenal of weapons with them and invest in it. With these weapons, the daily threats that appear in Santo Ileso will seem like an easy walk.

As with all the games in the Saints Row franchise, the 2022 reboot features a wonderful set of weapons, from ordinary rifles to completely wild ones. Thanks to the weapon wheel with customizable loading, many new players may wonder which weapon is the best in Saints Row.

When players first embark on a journey through Saints Row (2022), they will be given a gun that is already one of the best in the game. The KA-1 Kobra pistol is a gift from the very beginning of the game and remains a reliable weapon throughout the game, especially as the default pistol.

The gun has a quick reload and excellent binding to the aiming capabilities. As for pistols, this is an excellent and reliable backup option. It shouldn’t be the central weapon in the player’s arsenal, but with upgrades, it’s certainly a powerful option, especially when head shots automatically replenish the magazine thanks to the weapon’s characteristic ability.

Part of the charm of Saints Row games is the absurdity of weapons. Many fans of the series may remember the iconic but crude Penetrator, which depicted an absurdly large and inappropriate adult toy on a baseball bat. Swinging the weapon was a lot of fun, but unfortunately it’s not coming back in Saints Row (2022). However, the Smelterville Slugger is similar to a home run.

There have been several iconic outfits in the franchise’s games, especially in Saints Row 2. Submachine guns are fast due to their rate of fire and a large amount of ammunition, and the 2022 release certainly remains true to the power and beauty of submachine guns with the D4th Blossom SMG, which can be purchased from Friendly Fire. This weapon is one of the main elements of Saints Row, especially when players unlock the dual weapon skill later in the game.

It is always a brilliant idea to include powerful explosives in the player’s inventory. The RPG launcher quickly deals with enemies and vehicles, turning them into nothing with just one projectile. Throughout the game, the enemies will become more dangerous and invest more weapons, armor and equipment to defeat the Saints. That’s when RPG comes into play.

When purchased from Friendly Fire, this large cannon can destroy large groups of grouped enemies. What’s even better is that after the signature ability is unlocked, players will find themselves firing a warhead with triple the power, just for a bigger explosion.

The Stagecoach shotgun has a low rate of fire and a long reload. However, the stunning ability and the sheer danger of its stopping power make it a decent shotgun with plenty of ammo. The ability of this shotgun allows players to destroy almost everything within reach.

Sniper rifles in Saints Row are unlikely to find use. This is due to the fact that combat is fast, versatile and exists in many intimate and intimate forms. However, in cases where enemies are far away or looking for intense and violent death, players should not look for anything other than the TOGO-13 sniper rifle available for purchase.

This sniper rifle occupies a special slot and is worth its price and position. When players unlock a signature ability, they will find themselves dealing an absurd amount of headshot damage while adding ammo to their reserves at the same time. Its maximum damage no longer allows enemies to dive.

Assault rifles will become a luxury for many players.