Home Entertainment Sailor Moon is no longer a children’s anime? 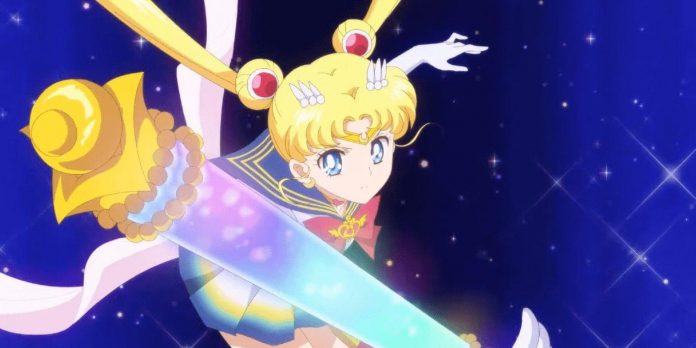 When the Guardian Soldier, Sailor Moon premiered on Japanese television in 1992, it was an instant success: young girls (and possibly several young men) fell in love with the frivolous (but very cute) Usagi Tsukino and her alter ego Sailor Moon. . At that time, it was one of the largest series for children, which premiered on television, and soon after it was followed by worldwide success.

The result of the success of “Sailor Moon” meant that Toei Animation had a franchise focused on the sale of goods, and they did not hesitate to release video games, toys and music CDs for their young enthusiastic audience! But have the tides changed? Sure, “Sailor Moon” seems bigger than ever before, but are the kids watching it? Do they buy the product? Is the franchise aimed at children? Although it would be easy to laugh at such questions, if you look deeper, you can see a franchise that has imperceptibly turned into an adult franchise (and did it with such elegant secrecy that most people did not notice).

Sailor Moon in the 90s

Although it may be difficult to assess whether the creator of “Sailor Moon” — Naoko Takeuchi — ever intended to make a series that would be marketable, when Toei Animation decided to adapt the series, they made the goods a priority. Attentive viewers of the series may have noticed that Sailor Moon and her friends in the series had their own unique gadgets. Sailor Mercury had its own computer. Sailor Jupiter had these earrings. Sailor Moon herself gained and lost various weapons, and the turning point between her and Tuxedo Mask was the music box.

There is a transformer pen that helps with disguise, and if you are REALLY attentive (like my niece), you will notice that Usagi stains her nails with varnish during transformation, despite the fact that she wears gloves during all fights. All of these items are not random: they were placed in the show because Bandai was producing related products to capitalize on the success of the show. And nail polish… Well, one of the sponsors insisted on this image because they had a makeup line that was supposed to be tied to the series, and it was a subtle way to promote it.

When the series got to America, it was done with the aim of selling dolls to girls. Commercials advertising dolls (for example, the one shown above) will be broadcast on television. Since the show didn’t have much time before moving to Cartoon Network, most kids didn’t know where the dolls came from, and probably thought the series was about teenagers who like to wear accessories (or something like that). Other countries made more suitable action figures and fighting video games based on the series, and each country had its own line of soundtracks based on the series. While adults CAN watch “Sailor Moon,” apparently, many do not, and the market has reflected this.

On July 6, 2012, it was announced that the premiere of the new Sailor Moon anime, dedicated to the 25th anniversary, titled Sailor Moon Crystal, would take place in 2013 (which was postponed until 2014). This new anime will be a more accurate adaptation of the original Takeuchi manga, unlike the anime of the 90s, which allowed more liberties with the source material. Whether people realized it or not, it would also lead to the fact that many items filled with goods from the original series did not appear at all. Indeed, Sailor Moon Crystal was mostly on the internet, where teenagers and adults were more likely to watch it, and it was not given airtime on the Japanese network that children would watch more.

If anything, in America, the series was given a TV-14 rating, and there was no censorship that ensured family suitability for children in the 90s. The merchandise also seemed to reflect the more adult sensibility of the new anime.

Figurines, video games, and doll accessories are either few or non-existent. There is a new Sailor Moon Club, mostly whose members seem to be adults (judging by Instagram). While dolls and toys are now hard to find in stores, charms and expensive Sailor Moon jewelry have been produced annually for several years.

Music CDs are still being released, but they are now affordable for collectors and have been released in limited quantities. There are no children’s T-shirts on the official page of the Sailor Moon store, but expensive perfumes are in the spotlight, and everyone sees them.

The franchise of the series is now celebrating its 35th anniversary with the release of a two-part film that should end the era of Sailor Moon Crystal. A museum dedicated to the franchise has opened in Japan, and the production of new products continues. What fans may not realize is that a child wouldn’t buy any of this.