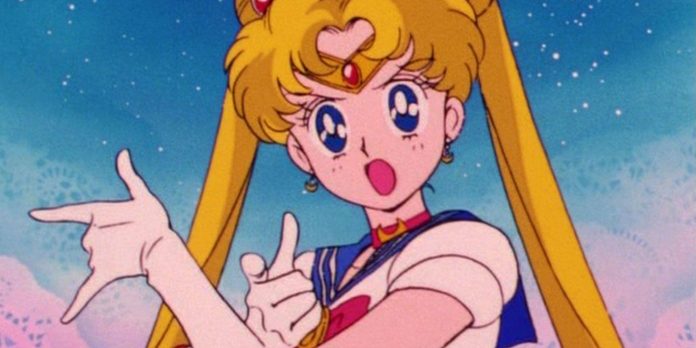 Princess Serenity from “Sailor Moon” is an important character in the canon as a Princess of the Silver Millennium. After the unexpected destruction of the Moon, she was reincarnated as 14-year-old Sailor Moon Usagi Tsukino. A brand new fan art by artist Jessie Sharon reveals the heavenly origins of Princess Serenity with a unique twist!

Princess Serenity is the daughter of Queen Moon Serenity of the Silver Millennium. She was a precocious child who often sneaked to Earth to arrange a secret romantic rendezvous with Prince Endymion. Unfortunately, Serenity and Endymion became victims of a war between Queen Serenity and Queen Beryl, who was working with Metallia, an evil cosmic force. The battle was won when Queen Serenity locked up Queen Metallia and reincarnated Serenity in the images of Usagi Tsukino and Endymion on Earth. In the final battle against the Dark Kingdom, Usagi assumes the regal form of Serenity and engages in a decisive battle with Super Beryl. Serenity-Usagi defeats Beryl with a Silver Crystal. However, the power of the crystal is too great, and as a result, Usagi dies. But she has fortunately been resurrected, albeit with missing memories of her time and experience as Sailor Warriors.

On her Twitter, artist Jessie Sharon posted this gorgeous new fan art of Princess Serenity, depicting the royal in the form of a mermaid sitting on a rock in space and looking at the earth in the distance. Fan art really embodies the unearthly whim that Sailor Moon possesses, and the best way to emphasize this is to place Princess Serenity in the foreground and in the center. Her attention to Earth is a great narrative reference to the time when Serenity was on the planet with her lover, a Tuxedo Mask, and emotions are depicted very effectively, despite the fact that her face is not depicted. The mermaid’s tail is also an interesting parallel to Usagi’s functioning angel wings, which she receives at important moments of the series. This is a beautiful image of opposites, which still perfectly conveys the greatness of Princess Serenity and Usagi.

Princess Serenity has a story spanning several lifetimes that complements the story of Sailor Moon. This soft and mythical depiction of her otherworld is beautifully conveyed and embodies the themes of love and devotion present in the manga. Considering that her journey before and after reincarnation wasn’t always peaceful in Sailor Moon, it’s certainly impressive that Sharon conveys her calmness.

Princess Serenity has a different name after reincarnation, but she is basically the same. Fan art masterfully conveys the ethereal nature of Princess Serenity, and artist Jessie Sharon brings her emotions to life in this illustrative detail of a mermaid. This fan art confirms the eternal love and longing of Princess Serenity for Endymion, embodying the themes of love in time in Sailor Moon.