Home Entertainment Sadie’s drawing of a Red Dead Redemption 2 fan looks like an... 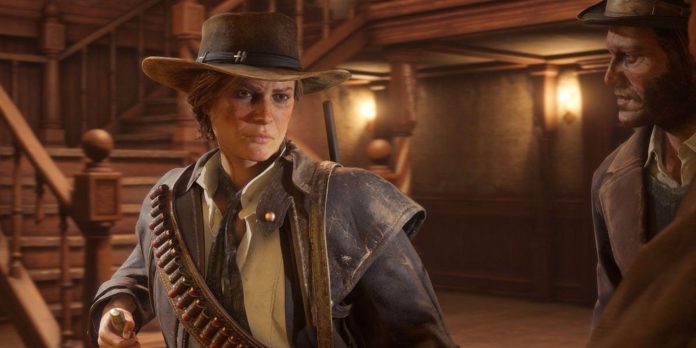 Red Dead Redemption 2 has been such a popular game for many years that many fans were inspired to recreate things and people from the western. One fan of Red Dead Redemption 2 demonstrated his love for the game by drawing an illustration that was so consistent with the artistic style of the game that it seemed as if it was made by someone from Rockstar.

Fans usually love the Van der Linde gang because they have such a unique style in the video game world. They have such well-developed personalities and views, and this has prompted many people to pay homage to the exciting Old West game with various styles of artwork.

Reddit user guffysama demonstrated how they paid homage to RDR2, with an illustration of Sadie where she is sitting on some dirty embankment, reclining and showing off her gun. The whole picture is made, as the user indicated, in the same style as Rockstar for its official character illustrations. The user made it clear that their style really had to imitate the “OG style”.

I drew Sadie trying to emulate the style of Reddeadredemption

Many other Reddit users were quick to give guffysama a lot of compliments, one of which said that it was impossible to say that it really wasn’t something that was released by the game’s developers. Another pointed out that there are a few differences here and there, although they admitted that they discovered these differences due to being “extremely picky.”

As is the case with other drawings and illustrations of Red Dead Redemption 2, other users were very interested to find out how guffysama managed to come up with their work. The poster featured the tools they used, such as the Infinite Painter app on the Galaxy Tab S7 FE using the “smear smear” brush in this app. However, others were so impressed with the work that they asked if they could use the picture as wallpaper on their phone.

This illustration is not the first drawing or painting made in honor of a character or characters from RDR2. However, there are people who have gone even further to show how much they love the characters and the level of detail of the game. The ending of the game inspired one player so much that he went so far as to create his own “Beecher’s Hope” in the real world.