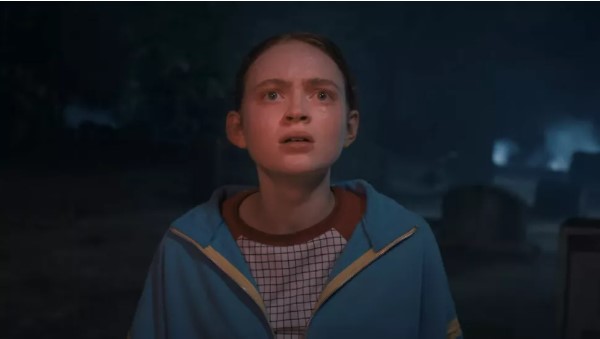 Another day, another Marvel casting rumor.

From starring in the film “Fear Street, Part 2: 1978”, which received the best reviews, to a powerful performance in Taylor Swift’s award—winning film “Everything is Too Good: a short film” – the star of the TV series “Stranger Things” Sadie Sink is experiencing a moment. Last summer, the actress took her portrayal of Max Mayfield to a heartbreaking new level in season 4 of the series, making her one of the standout characters of Vol. 1 in the eyes of many people. And although the 20-year-old actress already has a full list of projects, this has not stopped rumors that Sink will join the upcoming Marvel films. Now the actress has finally denied the rumors.

During a conversation with Extra to promote “Dear Zoey,” a tragic coming-of-age story and Sink’s latest project, the actress touched on rumors about the Marvel cinematic universe. As she explained, they seem to her, and she honestly talks about how she copes with them:

Oh, I saw it! I refute these rumors. That’s not true. I’ve seen the rumors. I do not know where they came from, but at the moment they do not correspond to reality.

It seems that the actress is excited about the prospect of playing a superhero, but the rumors about the MCU are not true. This may disappoint some of her fans, but the comments she shared during the same interview will surely give some people hope. She continued:

If the right superhero appears, then of course. Who wouldn’t want to play a superhero?

If the character fits, she’s in the game! So it made me wonder who an actress could play in the MCU? But then again, why limit yourself to Marvel? The actress from “Stranger Things” may even be better shown in a DC movie.

Which of the superheroes could Sadie Sink play?

KVM Jean Grey: Let’s remove the obvious. Both the character and the actress have red hair, but it’s not just that. We know that Marvel will eventually bring mutants into its cinematic universe. Ms. Marvel made a key reference to their introduction, so if a new group of X-Men shows up, she’ll need a new Jean Grey. Famke Janssen has done a good job on the original films created by Fox Studios, but there is still a lot of room for character improvement.

MCU Rogue: Perhaps there is no X-Men character portrayed less accurately than their comic book counterpart than Rogue in Fox’s slate of mutant films. Anna Paquin is a great actress, but it’s clear that Bryan Singer and company. I want to change the source material when it comes to this fiery character. Although I like that Keke Palmer is playing the role, if Palmer passes, the southern mutant could be a great fit for the Sink.

Sony’s Black Cat: We know Sony has plenty of films without Spider-Man in their “Spider-Man Universe”. The film “Madame Web” (starring Dakota Johnson) and “Craven the Hunter” (led by Aaron Taylor-Johnson) are just around the corner. So why not add another Spider villain for fun? How about a movie with the robber Felicia Hardy, played by Sink? We know that she has the ability to act in a movie.

DCU Starfire: This Teen Titan fan favorite has not yet appeared on the big screen, although she is wonderfully played on the small screen by Anna Diop in the HBO Max series “Titans”. If a teenage superhero team appears in a movie, perhaps the role of actress Dear Zoey will be considered?

Batgirl/Barbra Gordon: I, like everyone else, was upset when Warner Bros. She refused the $70 million movie Batgirl, in which Leslie Grace played Barbara Gordon in the title role. If the studio decided to give Babs another chance on the big screen, the star of “Fear Street” could be great.
Although it may not be true that the actress has joined the Marvel cinematic universe at the moment, one can certainly hope. Regardless of whether (or when) she decides to throw on a cape and lace up her supersuit, the actress is more than versatile and talented enough to take on any superhero role.

“Dear Zoya,” directed by Sadie Sink, is playing in select theaters and on demand, and she will star in the movie “The Whale,” which opens on December 9 as part of the upcoming movie schedule.