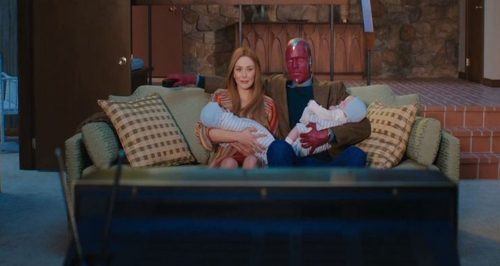 WandaVision, released by Marvel on the Disney + platform, reached the top of the IMDB lists with its release. However, the lead author, Jac Schaeffer, who commented on the series, made statements that would disappoint those who expected the second season.

WandaVision may not see season 2

WandaVison, the Disney + series starring Elizabeth Olsen and Paul Bettany, has received very positive reviews, although only 3 episodes have been released. However, despite the upward trend of the series, head writer Jac Schaeffer made a statement about the possibility of the second season not coming.

Speaking to the Hollywood Reporter, Schaeffer said that he could not talk about the second season, but that those watching the season finale would feel the story was completed. The lead author also said, “The design of these shows always felt like a comic run. That’s why I have to say it’s great, ”he said. On the other hand, Schaeffer also announced to the audience that more characters will appear in the later parts of the series.

WandaVision, one of the first works for the 4th stage of the Marvel Cinematic Universe, tells the aftermath of Avengers: Endgame in a cheerful sitcom atmosphere. The series, which examines the relationship between Wanda and Vision, also points to a complex plot with underlying clues.