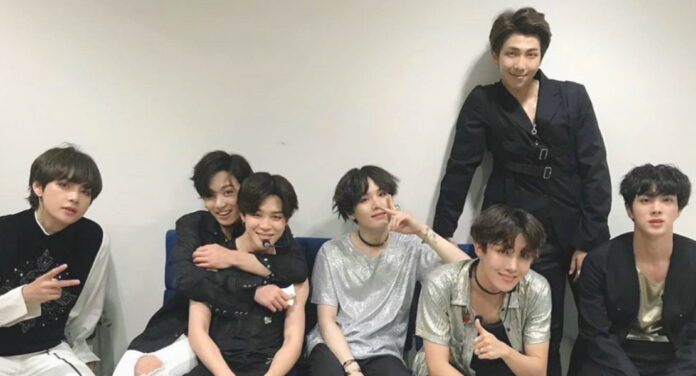 The boys of Big Hit try to give their best in each show, but behind the scenes they live the consequences of being so professional

Jimin, Jin, RM Suga, J-Hope, V, and Jungkook have all been proven to express their talented voices on stage, but due to their passion they are very physically demanding .

Each of the members of BTS has had to go a long way to debut, stay in public taste and finally succeed in the music industry not only in their country, but in the world.

The professionalism of the idols is reflected every time they offer a performance to their audience, their loyal fans always expect to see more of their structured and difficult choreographies, chant their rhythmic songs and interact a bit with the Bangtan Boys.

But in the life of an artist not everything is lights and stages, each of rappers and singers of the Big Hit Entertainment band have left ‘blood, sweat and tears’ in each rehearsal and presentation to provide an unforgettable concert to ARMY .

Sometimes Jimin, Jin, RM Suga, J-Hope, V and Jungkook have demanded both physically has reached the point where your body can not take much effort and pressure put their health at risk.

All this happens after scene, because the boys are careful and try not to alarm the spectators; Various videos have circulated of people who have captured the moments where the members of BTS are about to fall to the ground, faint or look very weak .

Some time ago, when the boys were promoting the album ‘ Wings ‘, it was revealed that Jimin was following a strict diet that caused the idol to get sick and in trials he passed out due to spending energy that he did not have because his Caloric intake was very little, Jimin revealed that at that time he lost 7 kilos.

This is just one example of how complicated the job of being an idol is and how BTS tries to get his fans to enjoy a great show with his powerful songs and dances .

Today IU and Suga released their collaboration ‘Eight’ with resounding success, the message of the melody left many fans captivated, a few hours after its release they broke many records of reproductions and in the charts.