Home Celebrity Sabrina Spellman could return and appear in Riverdale 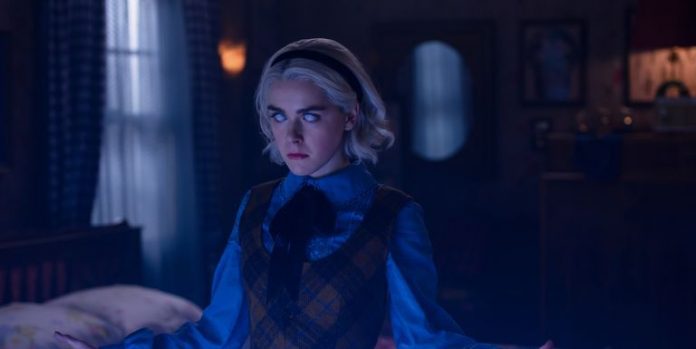 The Netflix transmission platform was in charge of presenting fans with the tragic end of Chilling Adventures of Sabrina, whose plot left a huge void in the regular viewers who were not satisfied.

As you all know, in Chilling Adventures of Sabrina its main character Sabrina Spellman, played by Kiernan Shipka, had a fateful ending. And as expected, fans immediately reacted.

What Sabrina fans can be sure of is that Kiernan Shipka is willing to return to reprise the role of her. This would be an indicator that Sabrina could return from the afterlife.

It was through an interview with television host Tommy Didario that Sabrina’s interpreter commented that she would like to return to appear in The CW’s youth drama Riverdale.

Although star Kiernan Shipka doesn’t know if there are any plans to bring the character back into The CW drama, she is definitely willing to do so if the people in charge follow through. This is what she said in the interview:

“I feel like Sabrina could definitely come back if she wanted to. She’s very smart. I feel like she would spend a little time at Sweet Beyond and then get bored and start missing her friends, so I think that’s possible.”

“She has never been to Riverdale and I’d still like to go, I’d like to check it out, so it’s a possibility. There are multiple possibilities, but I’m definitely open to the idea of ​​visiting her again.”

“I can honestly say that I have no idea how she would become her.”

Without a doubt, fans of Chilling Adventures of Sabrina and Riverdale would like to see the return of Sabrina to blend into the fantastic plot of The CW’s youth drama.

Ariana Grande still popular around the world: she thanks her fans!