The stock-to-flow model, called S2F, adapted by PlanB for Bitcoin, continues to give correct results despite all the discussions.

It managed to raise the bitcoin price to $ 16,000 in the early hours of the day and saw the highest levels since the beginning of 2018. The $ 16K level served as a bullish resistance for BTC for the 2nd time this month, and the price returned slightly to $ 15,800. This momentum served as a validation for the parameters of renowned analyst PlanB’s stock flow (S2F) model.

S2F for Bitcoin has held the dots so far

The stock flow model, known as S2F, was published by PlanB in March 2019. The model aimed to predict the true BTC value by examining the relationship between supply and current stock, considering the limited supply of Bitcoin.

Although the S2F model for Bitcoin is still considered by many as a controversial model, it seems to have correctly predicted BTC’s movements so far. PlanB often calls himself against those who do not believe in the model, “Maybe you’re right but he’s not wrong so far, right?” he continues to defend.

With the updated chart he shared on his PlanB Twitter account, he once again stated that according to the S2F model, the Bitcoin price acted in accordance with the model. 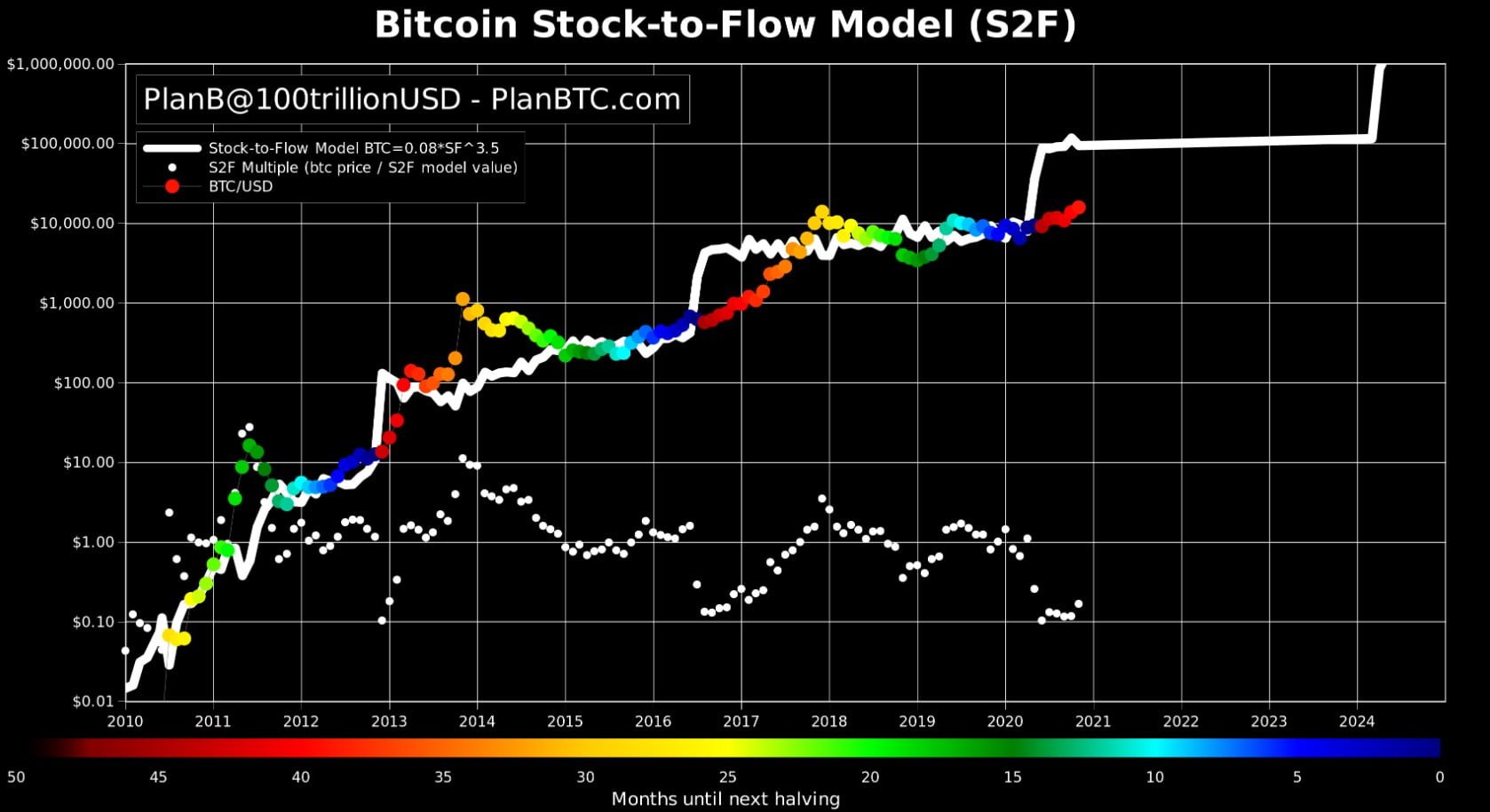 According to the stock flow model, Bitcoin price will be 6 digits for 1 year

If everything goes as predicted in the S2F model, the BTC price could see $ 100,000 by the end of 2021. With the statements made earlier this week, PlanB once again reiterated that it is still behind the model and its $ 100,000 estimate.

Saying that people have asked if they still believe the model before, PlanB stated that he has no doubts that the S2F model is correct and the BTC price will be in the range of $ 100k – 288k before December 2021.

They are ready to bet $ 1 million against S2F model

Eric Wall, chief investment officer of the crypto hedge fund Arcane Assets, was not convinced despite PlanB’s confident statements. “For $ 1 million, I bet the BTC price will break in 5 years before it even reaches half the target of the stock flow model,” Wall said in a tweet.

BlockTower Capital CIO Ari Paul got involved by stating that he would give a 3: 1 ratio against the model in such a bet. At the moment, both names are ready to bet against a model that has proven correct in the past. In addition, analysts, industry observers and experts continue to suggest that Bitcoin will earn more for both this year and next year.

Uber should lay off more than 3,000 employees

DEMI LOVATO PRESUMES ITS NEW TATTOO AND THE MEANING WILL SURPRISE...

Uniswap (UNI) User Has Ever Won The Lottery