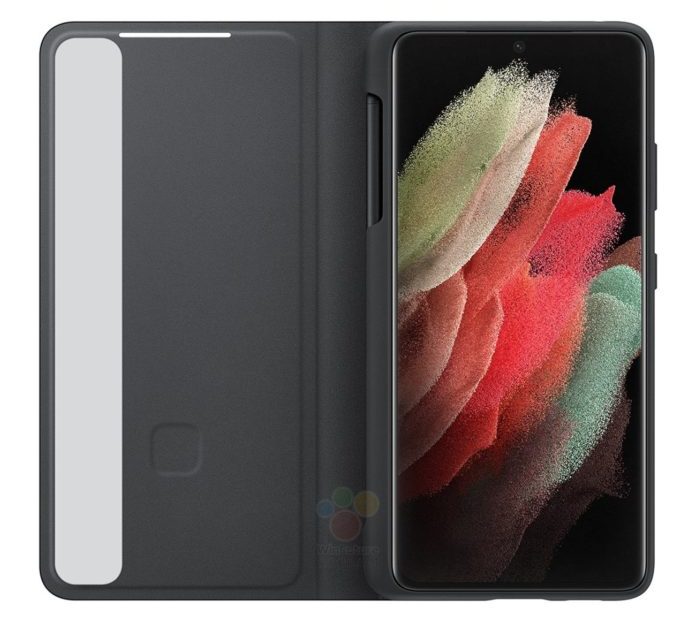 It is known that Samsung is preparing to move the S Pen support to the Galaxy S family with the Galaxy S21 Ultra. However, this support will not be presented as a native feature. Samsung will not put the S Pen in the S21 Ultra’s box. There will be no space on the phone to keep the S Pen.

Samsung seems to have created a special case to make it easier for S21 Ultra owners to use the S Pen. The case, named S View Flip Cover, seems to be wider than normal in terms of being compatible with the thickness of the S Pen. Thanks to the case, it will be possible to charge the S Pen over the phone.

Thanks to its being rechargeable, the S Pen will also be able to keep its remote control features. Although batteries are not needed for basic pen features, Bluetooth support has also been added to the S Pen with the latest models. Thus, it became possible to use the pen as a shutter. In addition, with the additions of accelerometer and gyroscope, the S Pen got the ability to detect motion. However, these features brought the need for charging.

The S Pen that will be offered for the S21 Ultra seems to be similar to those offered with the Galaxy Tab S7 and S7 Plus. These tablets also do not have a slot to place the S Pen. However, the pen can be magnetically attached to the body of the tablet. Galaxy S21 Ultra owners are said to pay 40 euros to buy the S Pen in Europe. It is stated that Samsung may also offer a case that combines the case and the S Pen. To learn the details, it is necessary to wait until January 14, when the promotional event will take place.

Netflix: Is The Elisa Lam Case Documentary Worth A Visit?