Home Celebrity S.Coups is the best leader saving SEVENTEEN at all times 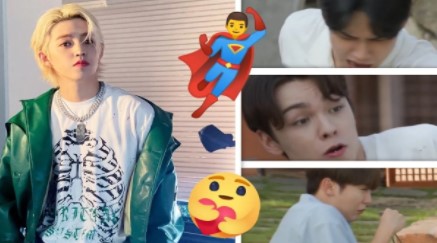 S.Coups is the leader of SEVENTEEN who cares about his teammates at all times, even when a terrible bug stalks the boys in the group, that’s how he saved them.

Every K-Pop group has a leader with great responsibilities, since he not only leads the band, but he is also the one who has the most contact with the agency and works for the good of all the members; In SEVENTEEN it is S.Coups who has this role.

And although it must seem like an extremely difficult task to manage a group of 13 idols, Seungcheol has done it in the best way, always communicating with the SVT subunit leaders and trying to understand and listen to the needs of each member of the boy band.

Although at first S.Coups did not see himself as a leader, he ended up taking his position in a wonderful way and now represents a good authority in SEVENTEEN, everyone is very fond of him and comes to him when they need it; CARAT knows very well that whoever heads the group does it in a sensational way.

At all times, Choi Seungcheol is on the lookout for his fellow SVT members and saves them from any evil that plagues idols, as he did in ‘Going Seventeen‘.

In the most recent episodes of Going Seventeen, we have seen S.Coups and Jeonghan with their own restaurant, they are both cooking, and some of the other SEVENTEEN members are going to visit to enjoy the food that the members of the 95 ‘Line prepare. .

In the second part of this episode, we could see Seungkwan, Vernon and Mingyu eating Seungcheol and Han’s delicious food outdoors, but a terrible insect came to bother them, the three got scared and ran, but S.Coups arrived to get rid of the bug that terrorized his companions.

LOL, 3 guys against a bug is not as strong as a great leader against the same, awww! S.Coups is the best leader, how he worried about his teammates when he heard that they were yelling, OMG, best leader.

On several occasions S.Coups has shown how much he cares about his groupmates, he really cares about them and has even revealed that he cares more about his members than the agency when he starts to debate with her: 0 .

Definitely S.Coups cares about his members and it is a great sign of the great affection that he has for everyone and that he values ​​the effort and work of each one: ‘).

Suga worries ARMY because of his injury