Home Celebrity Ryder and Hawkins tell the origin of their faction with Edge WWE. 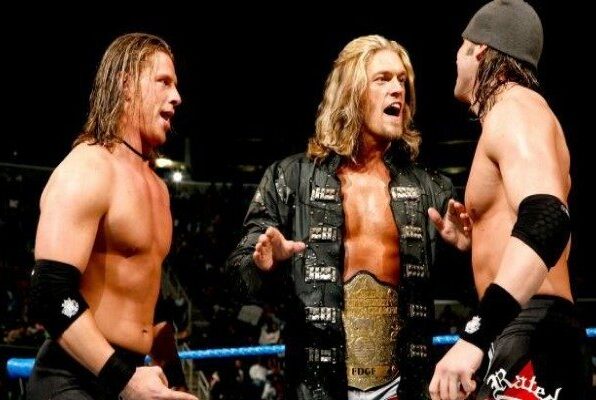 Ryder and Hawkins tell the origin of their faction with Edge WWE.

In 2007 a new faction was formed in WWE consisting of Curt Hawkins, Zack Ryder and Edge the leader. Ryder and Hawkins tell the origin of their faction with Edge WWE.

The faction was created at PPV Armageddon. Batista, Undertaker and Edge faced each other in a triple threat. When suddenly the Major Brothers (Zack Ryder and Curt Hawkins) would come dressed in the outfit that characterized The Rated R Superstar. They intervened in the fight helping the maximum opportunist to take the victory. Zack Ryder and Curt Hawkins would go from being the Major Brothers to being the Edgeheads. This is how this faction led by Edge was formed, something similar to the one we now have with Seth Rollins’ disciples.

Zack Ryder and Hawkins were on the Jericho show and told how all of this came about.

We hardly knew him. There was supposed to be some kind of team division in ECW that never happened. We were just a babyface team doing nothing. Back then there was a day when writers came and you had to prepare a performance for them. Make a full entry, a promo, and a bout of about six minutes. We were seeing a lot of Entourage at the time, we were like, ‘What if we were Edge’s entourage’? We raided the merchandise drawer of all things Edge and that week we went out to the music, we cut the promotion, and that made everything start rolling ”

«With Edge we had conversations of» hello, goodbye «that’s all. That day I approached him and said: »We have this idea, would you mind …? «. He gave me his email to write to him over there. Luckily he read it and liked it enough to speak to Michael. The real deciding factor was that we really did look like him.

Michael Hayes liked it and before long the faction was formed.

The Edgeheads won the WWE tag team titles at Great American Bash 2008. The team lasted until SummerSlam 2008 when The Undertaker smothered Edge to hell.

It was a good stage for Hawkins and Ryder and gave them great relevance in the company.

Is what Robert Downey Jr. said about Taylor Swift true?