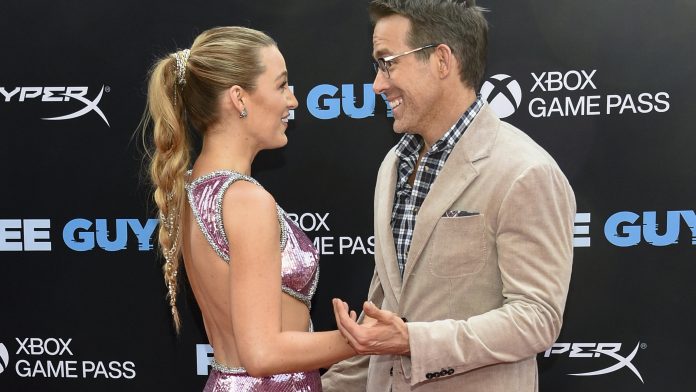 Why should you publicly congratulate your wife on her birthday when you can annoy her too? That was apparently what actor Ryan Reynolds (44) thought. For his wife Blake Lively’s 34th birthday, he shared an unusual video – which also shows him with another woman. Typical for the couple of actors who regularly mess about with funny posts online. And this time, too, Ryan shoots the bird.

@vancityreynoldsGo see Free Guy this weekend so I can stop doing this. ##FreeGuy

“For me, the best thing that ever happened on August 25th,” writes Ryan Reynolds in his Instagram story. The 44-year-old alludes to Blake Lively’s birthday date. But what the actor then posts has absolutely nothing to do with his wife’s birthday – it’s a completely different celebrity woman.

What is Ryan Reynolds doing?

Instead of sharing a photo in honor of his loved one, the Hollywood hottie shares a clip that shows him with Mariah Carey (52). In the video, she sings her hit “Fantasy”, which plays a role in Reynolds’ new film “Free Guy”. In addition, the actor can be seen, who joins the track and apparently causes astonishment for the singer.

Will Blake Lively respond to her husband’s taunts? In any case, she shouldn’t really be surprised. The couple has been annoyed about social media more often. Perhaps the 44-year-old would like to take revenge a bit. When asked if he has ever had experience with trolls, the 44-year-old told People magazine a few months ago: “Oh, God, yes I have. Are you kidding? I live with one. My wife trolls me to the limit. Why should I go online? I have it here at home. Even my daughters annoy me now, so I’m not safe from anything. ”

This Is How Resident Evil 8 Village Works On A PC...