Home Movies Ryan Reynolds reveals details about the closed project “Deadpool” and why he... 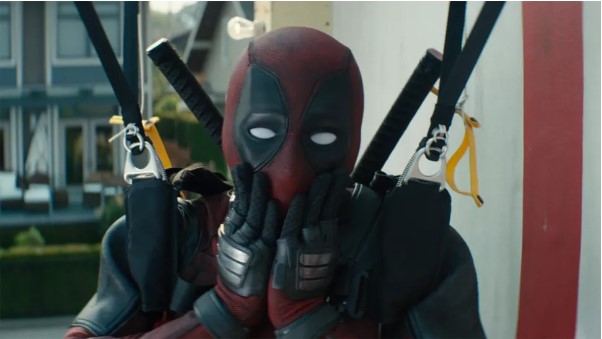 Ryan Reynolds told what happened to the abandoned project “Deadpool”, which never happened.

The Christmas musical Spirited was the first time the audience saw Ryan Reynolds singing and dancing on the screen. Of course, Reynolds is not afraid to try himself as an actor. Working on a musical film allowed him to star in the Christmas movie “Just Friends” in 2005. All the festive joy made him think of a potential movie that never happened. The 46-year-old actor revealed some details of the collapsed project “Deadpool” and told why he never saw the light.

The famous Hollywood actor was promoting a Christmas musical film (currently available on an Apple TV subscription). As fans were looking forward to “Deadpool 3”, this topic came up during the Big Issue interview. Discussing which of his films will receive musical treatment, Reynolds mentioned a Christmas movie with a Mercurial Mercenary in the title role, which never happened.

I’d like to see a song-and-dance number in a Deadpool movie. Four years ago [co-authors of the Deadpool script] Rhett Reese, Paul Wernick and I wrote the script for a Christmas movie starring Deadpool. But it got lost in the turmoil associated with the acquisition of Disney Fox, and was never realized. Maybe one day we will make this movie. This is not a musical, but a full-fledged Christmas movie about Deadpool. So, one day.

Deadpool’s Christmas movie? Sounds like the next big Disney+ release (or theatrical). The special holiday show “Guardians of the Galaxy” (which will premiere on Disney+ on November 25) shows that the streamer is ready for more holiday content about superheroes. Viewers have already received a preview of what the character might look like in the musical through the “Ashes” music video. Reynolds wasn’t in the video, but he showed the audience that the Marvel character is ready for a musical adaptation. To see a Mercenary with a Mouth start singing and dancing would be too far-fetched, given how crazy and chaotic his world is.

If there’s no holiday movie, maybe Reynolds and company. may include a surprise in “Deadpool 3”. With Hugh Jackman in the role of Wolverine, it would be nice to see two actors perform a full musical number, as Jackman has proven time and time again that he is a real singer and dancer, whether on the Oscar stage or on Broadway. He even gave the actor of the Adam project some tips on creating a musical, including Spirited dance scenes, which Reynolds stuck with.

Despite enjoying Ryan Reynolds and company, Spirited received mixed reviews from many critics, including Mike Reyes of CinemaBlend. Fans may have to wait a bit for Reynolds to return as Deadpool after his much-needed hiatus. “Deadpool 3” won’t hit theaters until November 8, 2024, after Marvel had to shuffle its list of movies. In the meantime, take a look at which new films have not yet been released in 2022.

Kit Harington Explains Why He’s So Excited To Play a “Gnarly”...

Ryan Phillippe recalls how he and Justin Timberlake were mistaken for...