Home Celebrity Ryan Reynolds once told how he is protected from “nothing” when it... 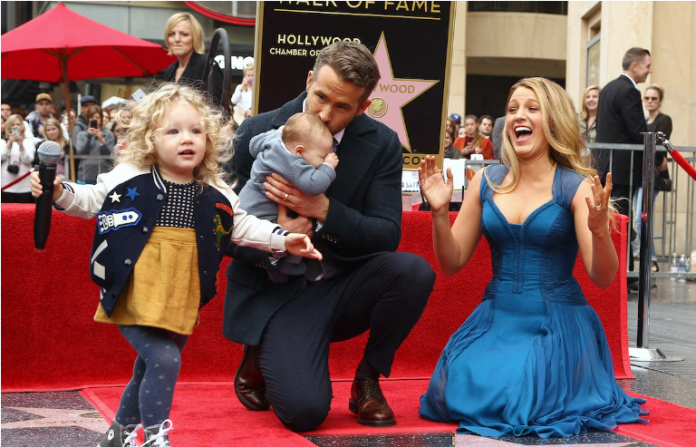 Ryan Reynolds has the gift of being real, making you laugh. The Deadpool actor has been promoting his next film “Deadpool” in 2024 with Wolverine on all social networks. Given his media presence, the actor is also no stranger to the concept of online trolls. Trolls find a way to laugh at even the smallest things and do not spare even the most loving celebrities.

The “Free Guy” actor is most likely no exception. The actor is married to the actress of the TV series “Gossip Girl” Blake Lively, whom he met on the set of his film “Green Lantern”. The couple married each other, and now these two have multiplied in a family of 5 people. But they are really a couple created for each other, who know how to fool each other, raise a family that knows how to troll.

Ryan Reynolds on being trolled by his daughter

Ryan Reynolds is married not only to actress Blake Lively, but also to her funny evil side. They have three daughters, namely Inez, James and Betty. The actor usually looks at everything quite funny and is not afraid to make fun of himself. He played the main role in the movie “Free Guy”, in which he is a game character stuck in the world of online trolls. The actor told People about the concept of online trolling when promoting his film.

He was then asked about his experience with the troller. That’s when Reynolds admitted that trolling starts at home for him. In fact, no one spares him in the family man’s house. “Even my daughters are trolling me now, as if I’m not immune from anything.” It looks like Blake and their daughters are getting together and rallying quite strongly against Ryan at home. A person who makes fun of the world becomes a victim of domestic fun.

The actor himself is a threat and is known for arranging stunts on the set of his films. A proud dad probably doesn’t mind his little kids trolling him. And his little gang is just about to expand, as Blake is pregnant with their fourth child.

What do you think about this family of trolls and pranksters?

Clara Morgane in Dance with the stars: she rocks what she...