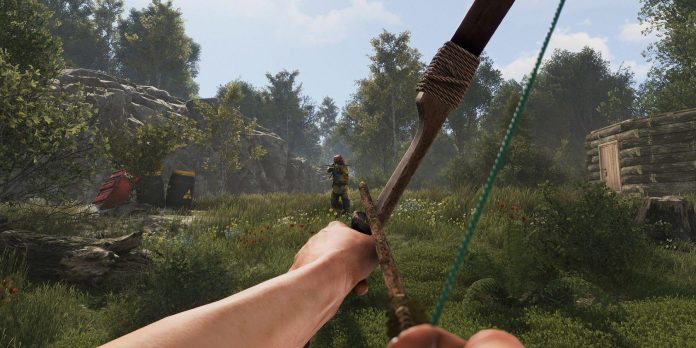 Rust is a game that many will think of when it comes to games well known for their brutality. In the name of Facepunch Studios with an open world, the only goal of the players is to survive, and this is easier said than done. Anyone logged in knows that feeling when struggling to survive one night without succumbing to a wild animal or a lucky gambler. And now the situation is even more difficult.

According to PCGamesN, Rust is releasing its September patch, which contains a number of settings and updates. In addition to visual improvements to things like bonfire and terminals on the market, perhaps the new hardcore mode will be most interesting. This will save the player from having to hold hands and is probably best suited for those who really like challenges. Firstly, this mode removes the in-game map and encrypts the level after it is loaded.

Such an implementation will probably alienate some people, but it is not necessary and will not replace the current game modes. Rust is constantly getting major updates, about one a month, but this seems to be the first update that is really actively trying to raise the stakes in terms of pure punishment. Running around the island, not knowing where to go or where there is a safe place, will definitely add an additional element of tension.

Despite the rigidity of the game, and maybe even because of this, many fans consider Rust one of the best open-world games. It may be difficult to survive these first couple of days, but there are resources to survive it, build almost impregnable shelters, stock up on food and water, and find or craft weapons to repel the approaching enemy. a bear or a player who is looking at someone else’s equipment.

Rust is also a survival game with a lot of replayability, even if this replayability is associated with the need to restart the game because it was killed. Other releases, such as DayZ, The Long Dark and Escape From Tarkov, have become popular among gamers over the years. There is something about breaking through after numerous attempts, but eventually many reach the stage where they not only survive in these barbaric worlds, but even thrive. Rust is no different in this regard.

Rust is available on PC, PS4 and Xbox One.

Christian Bale and his new physical change as Gorr in new...