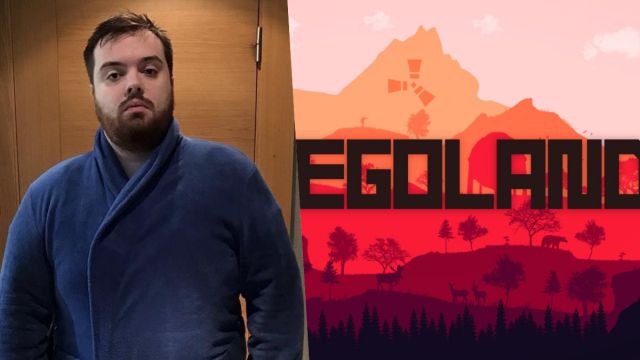 A video reviews the most outstanding moments of Ibai Llanos playing Rust in Egoland, the server where the best known streamers meet.

Ibai Llanos, El Rubius, Ibai, Auronplay, Grefg, DjMariio, Cristinini … they all have in common that they are some of the most successful streamers of the moment, but they also share something else. They have participated in Egoland, the Rust server that has been created with a very specific objective: to join in this online adventure. Twitch Viral Clips has collected in a video the funniest reactions of Ibai, which you can enjoy on these lines. Of course, Egoland has become a new source of content, and as usual, the streamers choosing this product has quickly popularized the game.

Since Egoland began his career on January 3, the numbers have been a true record. As we published in MeriStation, the first day more than 1 million viewers were registered among all the streamers, although half of them came directly from the Auronplay, Rubius, Ibai and Grefg channels. Since that time, Rust has lived a second life. Until that moment, the name of the video game hardly appeared in any search, but since these personalities have chosen it, the average number of viewers has experienced an impressive growth, reaching the highest, above League of Legends, Valorant. Fortnite or Among Us.

After the phenomena of Among Us and Fall Guys: Ultimate Knockout, is Rust destined to be next? Everything will depend on how long the initial furor caused by Ibai and company lasts. If the current video game industry (and life in general) has taught us anything, it is that passing fads don’t take long to fade. It will be necessary to see if this happens or we get any last minute surprises.

See Also
Rust: how to play, where to download, price, editions

Rust is an action adventure developed by Facepunch Studios for PS4, Xbox One, and PC. This title with a touch of survival was marketed in 2018. In Steam’s winter sales it is available with a 33% discount, although the offer will end in the next few hours.

The Boys: their registration will start in a month