Home News Russian invasion of Ukraine: Is Ukraine’s military might enough to counter the... 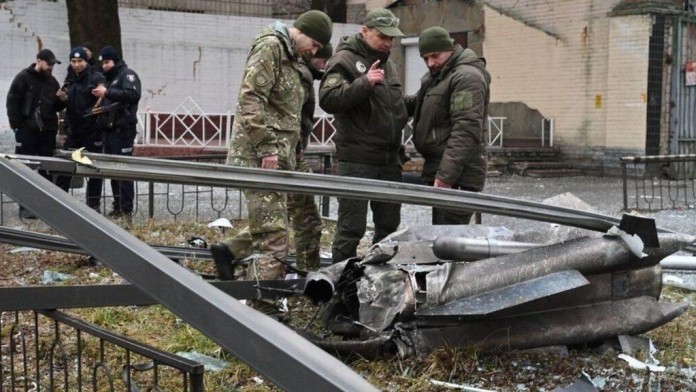 The Ukrainian army is also much better equipped, trained, and more willing to defend its country than it was in 2014, when Moscow entered the Crimean Peninsula without a fight.

According to the research prepared by the Reuters news agency, Ukraine is far behind Russia in terms of the number of soldiers and weapons.

The number of soldiers deployed by Russia on the Ukrainian border is thought to be over 100,000. Moscow also sent some of its military forces to Belarus in northern Ukraine for the joint exercise that started on February 10. Later, the soldiers stayed here, and when Russia announced that it had launched an operation, Kiev announced that Russian soldiers in Belarus also participated in the operation.

According to the London-based International Strategic Research Institute IISS, Russia, which has approximately 280 thousand personnel in its army, has a total combat force of 900,000, namely armed forces and 2,840 battle tanks. In this state, it is more than three times the number of Ukraine.

Ukrainian President Volodymyr Zelensky recently approved the law on increasing the number of combat forces to 361,000 to strengthen the country’s military strength.

He states that Ukraine, which military experts say has weak anti-aircraft and anti-missile power, remains vulnerable to Russian attacks.

On the other hand, Russia may use its superiority against Ukraine in an electronic or cyber war to damage the communication branches of the Kiev army.

How experienced are the Ukrainian forces?
The Ukrainian army gained experience due to the ongoing conflicts with pro-Russian separatists in the Donbas region in the east of the country since 2014.

In addition, Kiev has short-range air defense and anti-tank power to break Russia’s superiority, including Javelin missiles supplied by the USA.

Beyond the regular army, Ukraine has volunteer ground defense units and about 900,000 reservists. Many adult men have at least basic military training. Therefore, if Russia tries to seize a territory, it may find itself in the face of great resistance.

Compared to all the wars Russia has had since the collapse of the Soviet Union, including its withdrawal from Chechnya in the 1990s and its 2008 operation against Georgia, it may face a greater military challenge than any other.