It seems that Russia’s war on Ukraine will cause heavy damage to the economy. With the start of the new week, the dollar/ruble parity has seen above 100. The Central Bank of Russia announced that it has taken a series of measures to protect the economy.
While the war between Russia and Ukraine continues with all its fury, the new week did not start well for Russia. The Russian ruble has lost more than 20 percent against the dollar as of this morning. The sanctions, which started with Russia’s attempt to invade Ukraine, seem to continue to strain the Russian economy.

In the statements made by the Central Bank of Russia, it was stated that the markets would open later than necessary in order to establish the balances. In addition, the policy rate of the country was increased by 1050 basis points to 20 percent with the decision taken. While the foreign currency repo market was suspended, foreign natural and legal persons in Russia were also prohibited from selling securities.

Dollar/Ruble parity exceeded 100
Russia’s attacks on Ukraine have stirred the markets since the past few days. However, the decisions taken over the weekend seem to have started to be very effective today. Because the dollar/ruble parity, which was at 75 levels at the beginning of February, has risen above 100 as of today. Moreover, the coming hours are also very critical and it is not clear whether the ruble will be able to resist against the dollar. By the way; According to some claims, the Central Bank of Russia has been directly intervening in the markets since the first day of the war, and the amount of sales has exceeded 1 trillion dollars.

The Russia-Ukraine war, of course, does not only affect these two countries. So much so that there is volatility in assets such as gold, silver and brent oil. For example, brent oil is currently trading at 103 dollars. This is not a good thing for fuel. In other words, a new war price increase in gasoline and diesel may be at the door… 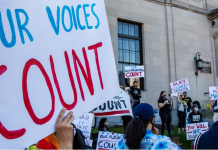