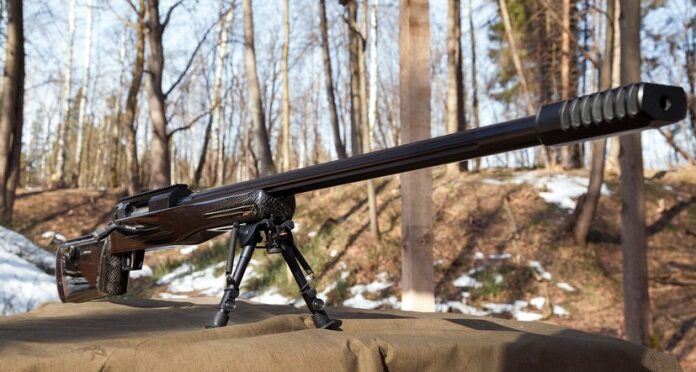 In Russia, arms manufacturer Lobaev Arms has announced that it has begun work on a new 7-kilometer sniper rifle. Currently, the world’s longest-range sniper rifle is also produced by the same gun manufacturer.

Russian weapons manufacturer Lobaev Arms is preparing to break its own record. The new sniper rifle DXL-5, which the company is working on, is preparing to become the longest range sniper rifle in the world with its 7-kilometer strike range and new bullet design. The rifle called ‘Sumrak’, produced by the same company, also has a 4.2 kilometer shot range.

Vladislav Lobaev, Managing Director of Lobaev Arms, says they want the range of the new rifle to be between 6 and 7 kilometers, and the effective fire range to 3 kilometers. It is also stated that DXL-5 will belong to the same family as the company’s previous products, DXL-4 “Sevastopol” and DXL-3 “Retribution”. Lobaev says there will be a new bullet in the new rifle, various technological innovations will be included, thereby making fire possible over long distances. Unlike previous bullets, this new bullet will be distinguished by its size and muzzle velocity.

New rifle will be ready next year

The leader of Lobaev Arms says he hopes the new sniper rifle will be available early next year, but this process may be slightly sagging due to the coronavirus outbreak. General Manager Lobaev added that he will not share details on the caliber and other features of the weapon at the moment.

With a range of 3 to 7 kilometers, it can be predicted that the standard optical sight will be challenged. In this case, we can expect the optical sight to be replaced with an electro-optic or collimator sight. These can calculate the distance and the azimuth (south angle) required for the projectile to go to the target. A Russian company has recently announced that it has developed a collimator sight that can perform these calculations and provide accurate information to the shooter.

The collimator sight allows the sniper to see an illuminated sighting point on the same axis as the rifle to which the sight is attached, regardless of the eye’s position. The SVLK-14S sniper rifle, which Lobaev Arms introduced last month, can successfully hit a target approximately 3.2 kilometers away.