Home Tech Russia Made Some Amazing 48-core SoC Arm Even Before The Sanctions Were... 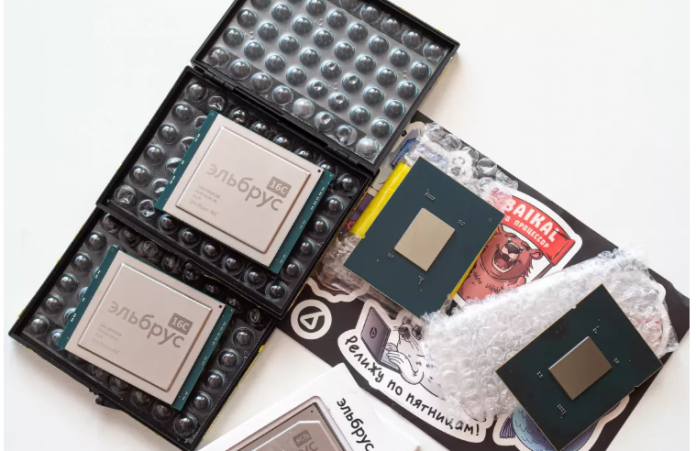 In context: Russian chipmaker Baikal Electronics was halfway through creating a series of SoCs comprising eight to 48 cores before Russia invaded Ukraine and imposed sanctions that crippled its nascent semiconductor industry.

But before the sanctions were imposed, Baikal received several prototypes of its latest (and possibly last) SoC from TSMC. Somehow, some of them ended up in the hands of a Russian enthusiast who shared them with Fritchens Fritz, an extremely talented chip photographer.

This monstrous system on a chip is the BE—S1000. It was developed for server applications and has 48 Arm Cortex-A75 cores. It has a clock frequency of all cores of 2 GHz and a TDP of 120 watts. It was manufactured at the TSMC 16FFC node and has a huge area of 607 mm2. I/O controllers are located around the perimeter. On the left and right are five PCIe 4.0 x16 controllers, three of which can be used as CCIX 1.0 modules and provide two- and four-sided SMP (symmetric multiprocessing). There are six memory controllers on top and bottom, each of which can handle a 72-bit channel of up to 128 GB of DDR4-3200 memory with ECC or 768 GB in between.

Baikal backs up these impressive technical characteristics with some control figures. He compares the S1000 on several slides with the 20-core Intel Xeon Gold 6148, 16-core AMD Epyc 7351 and 48-core Huawei Kunpeng 920. He concludes that the SoC is roughly equivalent to AMD and Intel processors, but only 85. % is as fast as Huawei’s rather similar Arm-based SoC.

It’s a pity that the S1000 will most likely never appear on the market. Baikal seemed to be planning to enter the Russian markets either this year or next year, but TSMC was almost certainly forced to cancel or indefinitely postpone Baikal orders due to sanctions.

Last year Baikal received only the first batch of processors from TSMC. It was just beginning to seem that Russia’s bid for a self-sufficient semiconductor industry could be realized within the next ten or two years. Now it looks like that future will never come, and all we have left are curious oddities like the BE-S1000.