Home Science Russia launched its satellite for internet from space! 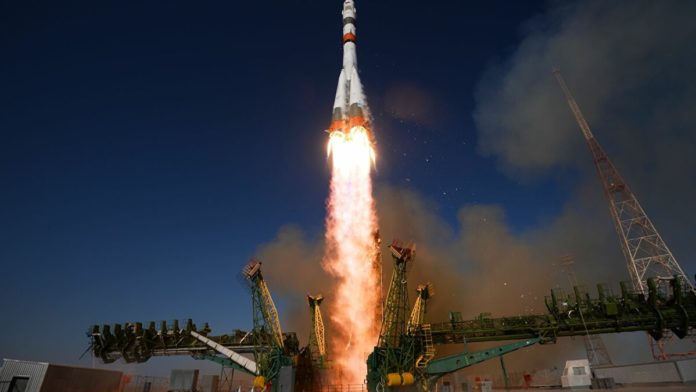 Glavkosmos, a subsidiary of the Russian space agency Roscosmos, said that Russia’s satellite, designed for the OneWeb project, has successfully placed it in orbit. OneWeb has long been working to bring broadband access around the world. The company has now launched its third group satellite into space with the satellite constellation project.

650 OneWeb satellites will be in space
The third of the launch process is dedicated to Russian cosmonaut Aleksey Leonov, who made his first walk in space. The first of these launch operations took place in 2019, while the second took place in February 2020. The third OneWeb, which was launched to provide broadband internet service all over the world, was sent by the Russian Soyuz 2.1b rocket from the Baykonur Space Base of Kazakhstan. After launching, 34 satellites were divided into four groups with soyuz rockets and settled in orbit. It is planned to launch 650 OneWeb satellites for internet from space. With the last launch, 74 satellites were sent to space. OneWeb satellites, which first orbit after 450 kilometers, will increase to 1200 kilometers in time.

The first man walking in space is dedicated to Aleksey Leonov
Continuing to work for 650 satellites, OneWeb is expected to launch new satellites in the coming periods. The company is said to have launched all satellites in the last quarter of 2021. On March 18, 1965, the first Russian cosmonaut Voskhod, who marched into space, was launched from 2 bases. The third launch, which took place in the same place, was dedicated to cosmonaut Aleksey Leonov, who died at the age of 85 in 2019.

An Unprecedented Effect Of Ketamine On The Brain Has Been Discovered