Home News Russia is confused! Thousands of people in custody 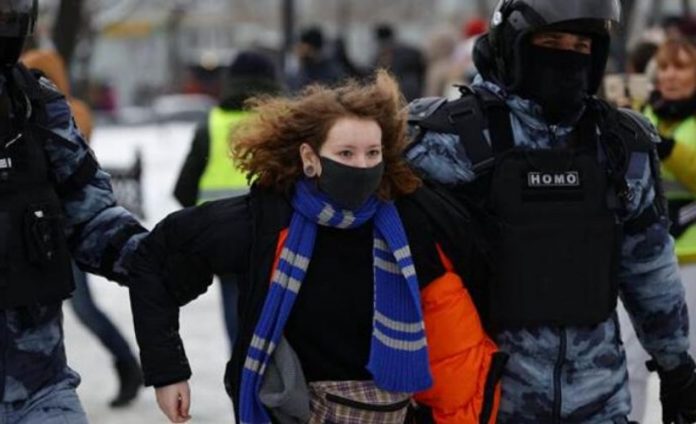 Thousands of people in Russia went to Moscow and St. He organized many shows in St. Petersburg. Interfering with the demonstrators, police detained many people. Human rights organizations announced that more than 3,800 people were detained, including 82 journalists.

Mainly in Moscow and St. Thousands of people participated in unauthorized demonstrations in many cities including St. Petersburg. While the streets in the area where the demonstrations will be held in Moscow were closed to traffic, barricades were set up with many police vehicles.

In the area in question, parking lots and some metro stations did not work during the day. Police interfered with the demonstrators, mostly high school and university students, and detained many people. Human rights organizations in the country announced that more than 3,800 people were detained, including 82 journalists. During the demonstrations, Navalniy’s wife, Yuliya Navalnaya was also detained. Some of the protesters who were constantly displaced due to the measures taken by the police in Moscow went to the relatives of Matrosskaya Tishina Prison where Navalniy was detained and shouted slogans against the government.

While some demonstrators were seen throwing snowballs at the police, internet access was restricted in areas where demonstrations were held, and many people fled into the streets due to police intervention. On the other hand, a person in the area of ​​the protests set himself on fire by pouring gasoline on him. The treatment of the person who was hospitalized after the intervention of the people on the scene continues in the intensive care unit.