Home World Russia Has Accused Ukraine of Carrying Out Helicopter Strikes On a Fuel... 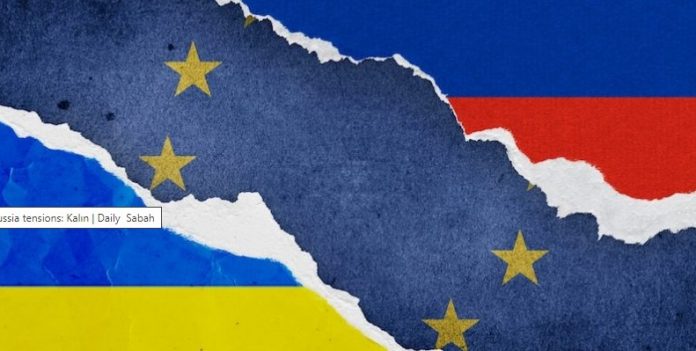 Russia accused Ukraine of organizing a helicopter attack on a fuel depot on Russian territory on Friday, when footage of the object engulfed in flames appeared.

The Russian Defense Ministry said in a statement that the helicopters “entered the airspace of the Russian Federation at extremely low altitude” at 5 a.m. Moscow time and “launched a missile attack on a civilian oil storage facility located on the outskirts of Belgorod.” ”
As a result, “individual tanks were damaged and caught fire,” said spokesman Major General Igor Konashenkov, adding that the warehouse “has nothing to do with the Russian armed forces.” CNN was unable to verify Russia’s claims.

The Ministry of Defense of Ukraine has not confirmed or denied the attack. In recent days, Russia has been attacking fuel storage facilities around Ukraine.

“I would like to emphasize that Ukraine is conducting a defensive operation against Russian aggression on the territory of Ukraine,” Ukrainian Defense Ministry spokesman Oleksandr Motuzyanik said on Friday.

“This does not mean that Ukraine should be responsible for every miscalculation or event or catastrophe that occurred on the territory of the Russian Federation. This is not the first time we have seen such accusations. Therefore, I will neither confirm nor deny this information. .”

CNN geolocated and confirmed videos on social networks showing two helicopters flying over the Russian city of Belgorod, near the border with Ukraine, but cannot confirm that the helicopters are Ukrainian.

In one video, they are seen during an attack on a fuel storage facility. In the video, which was shot at a distance of about 1800 feet (550 meters) from the object, multiple impacts and a subsequent fire are visible at a distance.

The Belgorod region, which is on the way from Moscow to Ukraine’s second largest city, Kharkiv, was the center of fuel supplies, which contributed to Russia’s invasion of Ukraine.

As a result of the fire, two depot employees were injured, their lives are not in danger, the governor of the Belgorod region Vyacheslav Gladkov said on Friday in his Telegram channel. He added that residents of the depot area are being evacuated, but there is no threat to the population of the city.

Russian President Vladimir Putin has been informed of the alleged strike, Kremlin spokesman Dmitry Peskov said on Friday, warning that the incident could interfere with negotiations between Kiev and Moscow.

“The President was informed about Belgorod,” Peskov said on a conference call with reporters. “You know that the Ministry of Emergency Situations was sent there. Measures are being taken to reorganize fuel supply points so that the incident in no way affects the level of supply of all necessary types of fuel.”

The Russian military declared air superiority over Ukraine. “Air superiority during the operation is an absolute fact,” Peskov said. “As for what happened, it’s probably not us who should give the assessments, but our law enforcement agencies.”