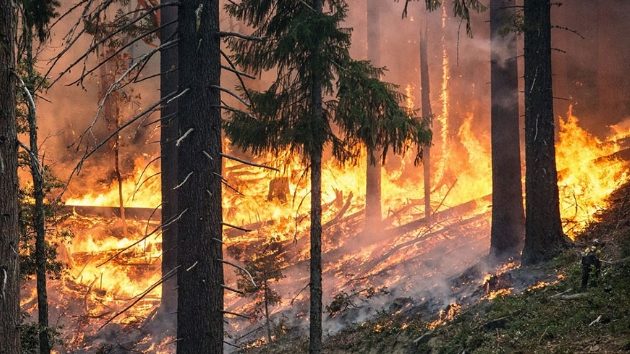 The Russian government issued a plan aimed at adapting the economy and population to climate change. The plan aims to mitigate the damages of climate change and seeks to take advantage of higher temperatures.

While climate change and global warming are on the agenda of the whole world, the Russian government has announced a plan on the issue. The plan emphasized the adaptation of the Russian economy and population to climate change, while reducing the damages caused by the change, as well as the advantages of a warmer climate.

The report, released on Saturday’s government website, set out an action plan, adding that climate change has had a significant and increasing impact on socioeconomic development, public life and health, and industry.

Russia is warming 2.5 degrees more than the rest of the world. It is emphasized that the two-year “first phase” plan is an indication that the Russian government has officially accepted the problem. The plan includes preventive measures, dam construction, transition to the production of more drought-resistant products, emergency vaccinations or evacuations during disasters, including crisis preparations.

Possible benefits included in the plan
The plan, which aims to reduce losses and take advantage of the benefits, emphasizes that climate change has a negative impact on public health, threatens land pieces at the poles and increases the likelihood of infection and natural disaster. In addition, it is underlined that different species can be expelled from their natural habitats.

Among the “possible positive impacts” are the reduction of energy use in cold regions, the expansion of farmland, and navigation opportunities in the Arctic Ocean.

The document emphasizes further exploration of the weaknesses of climate change in the economy, while paving the way for the operation of various government agencies. The list of 30-item measures addresses the risk of reduced competitiveness of Russian-based products, problems of adapting to new climate-related standards, and the introduction of climate change teaching in the school curriculum.

Russia is one of the most vulnerable countries to climate change due to its vast territory in the polar regions and its infrastructure in this region. Recent floods and forest fires are among the world’s worst climate-related disasters.

Vladimir Putin’s doubts
Russia officially signed the Paris Agreement, which will fight climate change. Moscow also criticizes the withdrawal of the Trump administration from this agreement. However, when Russian President Vladimir Putin questions the scientific consensus on climate change, he thinks that change is not due to man-made, but to “some processes in the universe.”

The Russian leader also criticized climate activist Greta Thunberg, claiming that he was “used by someone”. Putin, skeptical of solar and wind energy, Putin said that turbines are a danger to birds and worms. While wind energy turbines are considered to harm birds, there is no evidence that it affects worms.

G-DRAGON HITS WITH HIS STYLE IN THE CHANEL PARADE

Margot Robbie and Scarlett Johansson face off over Tinkerbell role