Home News Russia accelerated after the invasion of Ukraine: ‘Putin ruined our lives’ 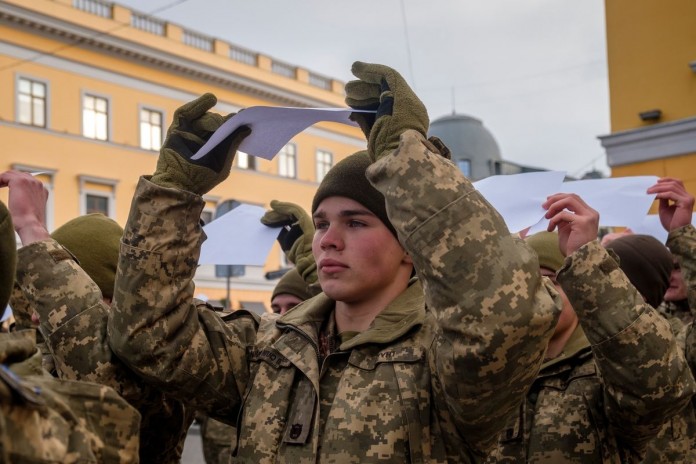 After the Russian invasion of Ukraine, thousands of Russians left their country. According to the estimate of a Russian economist, this number is 200 thousand. Due to Western countries closing their airspace to Russia, many Russians immigrate to countries such as Georgia, Turkey and Armenia, where flights still continue and do not require a visa. BBC’s reporter in Georgia, Rayhan Demytrie, wrote about the brain drain from Russia due to the war.

23-year-old political science graduate Yevgeny Lyamin, who was detained for participating in the anti-war protest the day after the invasion, is one of the Russians who went to Georgia.

“I realized that the best way to oppose Putin’s regime was for me to emigrate from Russia. It is my responsibility to do my best to help the Ukrainians,” Lyamin says.

It is thought that 25,000 Russians have come to Georgia since the war began.

It is possible to see Russians, who have difficulty in finding affordable accommodation in the capital Tbilisi, in the middle of the city with their suitcases and animals.

Belarus’ exposure to sanctions due to Belarusian President Aleksandr Lukashenko’s support of the Putin regime accelerated immigration from this country.

Flights to Istanbul are expensive
Therefore, flights to cities such as Istanbul and Yerevan, the capital of Armenia, and accommodation in these cities are seriously expensive.

“Our one-way flight to Istanbul cost me and my wife more than our combined monthly salary,” says Anya, who does not want to give her last name.

It was the newly enacted “treason against the state” law that convinced Anya to flee.

Accordingly, anyone who supports Ukraine could face up to 20 years in prison.

“I remember my grandmother telling me how she was scared during Stalin’s time. We are experiencing the same now,” Anya says.

Most of the technology sector employees are more advantageous because they can work remotely.

“Leaving the country is the only way we protest, taking our talents and money with us. Almost everyone in my social circle made a similar decision,” says video game developer Igor, who has arrived in Georgia.

He plans to leave soon, as he feels that he is not well received in Georgia.

A large number of hosts on Airbnb refuse to give their homes to Russians and Belarusians.

Speaking to the BBC, a Belarusian couple described their experiences as follows:

“We don’t accept Russians and Belarusians, one host said: ‘You don’t have time for a vacation, rise up against your corrupt governments’.”

Igor is opposing these statements, saying, “They think we are fleeing Russia because Apple Pay has stopped working. However, we are not fleeing for comfort, because we have already lost everything, we are simply refugees. Putin’s geopolitics have ruined our lives.”

Georgia’s territory is still occupied
A poll conducted in Georgia finds that 87 percent of Georgians view Russia’s war against Ukraine as if it were opened to their own country.

Since Russia occupied Georgia 14 years ago, many Georgians are uncomfortable with the arrival of Russian immigrants to their country.

Some worry that Russian President Vladimir Putin may strike again, with the mission of protecting Russians abroad.

Because this was the excuse for the occupation of Ossetia in the south of Georgia in 2008.

Today, 20 percent of Georgia’s territory is still under Russian occupation.

“I’m against Putin, I’m against the war. I still can’t withdraw money from my Russian bank account, but that’s nothing compared to what Ukrainians are going through.”