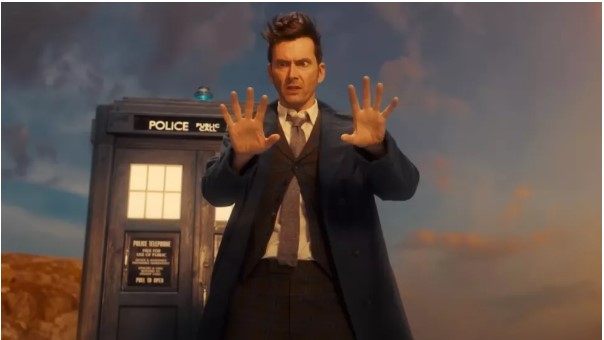 The showrunner explained to the fans an incomprehensible moment.

Jodie Whittaker, the main role of Doctor Who, recently said goodbye, and many fans were very surprised when she did not regenerate into the iteration of Nkuti Gatwa, but instead seemed to have returned back to Dr. David Tennant, and the character’s body was not so regenerated. Now that fans are eagerly waiting and clinging to any details, hoping that they will explain what awaits us in Doctor Who, returning showrunner Russell T. Davis explained why the Doctor’s clothes have changed.

It’s rare for a Doctor’s appearance to change beyond his physical structure during regeneration, so some Doctor Who fans were confused when the character’s entire clothing also changed. Russell T. Davis confirmed to Doctor Who magazine that this was not some mistake or oversight, and that he had a good reason not to allow David Tennant to appear in Jodie Whittaker’s outfit.

I was pretty sure I didn’t want David to show up in Jody’s costume. I think that the concept of a man dressing in women’s clothes, the concept of dressing up, is very delicate. I’m a big fan of this culture and its virtues, it’s a really valuable thing. But it should be done with great attention and respect.

Doctor Who is a progressive franchise, so it’s not surprising that Russell T. Davis’s reasoning was based on sensitivity to other cultures. He didn’t want David Tennant’s appearance in what could be called women’s clothing to look disrespectful, and so he made sure that they changed their costume for the revival. Which doesn’t mean Tennant wasn’t a peach during his time as Davina in the Scottish comedy Rab S. Nesbitt, but still.

Russell T. Davis went on to explain his point of view, sharing why he thinks it’s wrong to dress David Tennant in a Dr. Jodie Whittaker costume. He noted that the move was aimed not only at respecting Whittaker’s legacy, but also at preventing what could be an awkward image from living in tabloids, newspapers and the Internet for decades.:

As for Jodie and her Doctor, I think it might look like a mockery when her clothes are worn by a straight man. To put a huge six-foot Scotsman in them, it looks like we’re taking Mickey. If they [newspapers] can play with gender in a sarcastic or critical manner, they will do it. We could have the Doctor dressed like a knight, or like a God, or like William Hartnell, and the only picture they would print would be David in what they thought was women’s clothing.

One thing Russell T Davies didn’t mention was whether Doctor Who would provide some sort of canonical explanation for why this happened. After all, the Doctor usually quite often spends at least a little time in his predecessor’s clothes so that fans can see how “their image” unfolds in the first episodes. Of course, in the case of David Tennant’s Doctor, this was not necessary, since fans already know that he is a type of Doctor in a tie and a raincoat.

Now that there is some kind of official answer, I’m not sure that Doctor Who needs to solve it completely. The series likes to play fast and loose with the rules of its universe as it is, and, ultimately, this is not some stunning detail that fans will talk about for years. In fact, I’m willing to bet that many will forget when Doctor Who jumps into the Disney+ era with a potentially bigger budget and a chance to attract more attention. However, it’s nice to have some clarity on the situation and to see that Doctor Who still cares about and protects small communities.

“Doctor Who” is on hiatus, but fans can expect the 60th anniversary celebration to begin in 2023 with a stellar cast. Anyone can get a kick out of it by buying a series with an HBO Max subscription and maybe checking out some of David Tennant’s greatest moments as the Doctor.

The second season of “And just like that” resembles the cult...